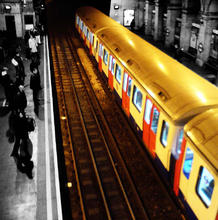 Despite the far-reaching impact the economic crisis has had on the European labour market since 2008, working time has remained quite stable in most countries for well over a decade.

This is one of the findings of Eurofound’s new report, Working time in the 21st century: Work duration and its regulation in the EU. In direct counterpoint to the stability of working time, the report stresses, a major swing towards more working time flexibility may be on the way – triggered by sociodemographic change, increased female participation in the labour force, and the accelerated introduction of new technologies into the workplace. Based on data collected by Eurofound from all EU Member States and Norway, the report describes the current regulations governing working time and assesses the development of working time for full-time workers over a long-term perspective (from 1999 to 2014). Ultimately, it underscores the tension existing between the pressure for decreased working hours to promote a better work–life balance and fewer health problems for workers, and the need for working time flexibility to meet the demands of a modern world economy. For more, download the publication.