Disruption on the horizon: Game changing technologies in manufacturing in Europe 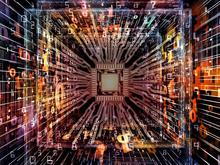 Technological innovation is permanent and ongoing, but the rapid pace of technological change and advancement in the 21st Century has brought with it the increased potential for disruptive innovation, or 'game changing technology'.

Disruption not only happens at a product level, but can also involve the entire process related to its production. This has direct consequences for the working conditions of individuals employed in that area, as well as the broader world of work and society in general.

The report shows that production processes will become increasingly digital and less mechanical between now and 2025. It also emphasises the importance of data flows and requirements for data manipulation and analysis. In terms of the labour market, employment demand in manufacturing will most likely further shift away from traditional production line work to increasingly higher skilled profiles. These changes create a number of challenges and possibilities for employers and workers alike.

This report was released under the Future of Manufacturing in Europe (FOME) project, which was proposed by the European Parliament and delegated to Eurofound by the European Commission (DG Grow).