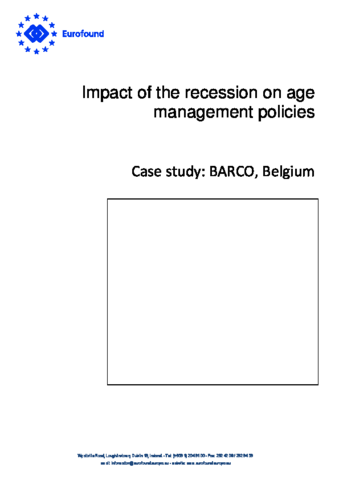 According to representatives of the company interviewed for this case study, there has been a greater willingness to recruit people aged 50 or more during the economic cycle of the past two to three years, but this is cyclical. Typically, when demand for labour increases in a positive economic cycle, more companies face talent shortages and recruit more 50 individuals. However, according to our respondent, this is not sustained during an economic downturn. A résumé is available.