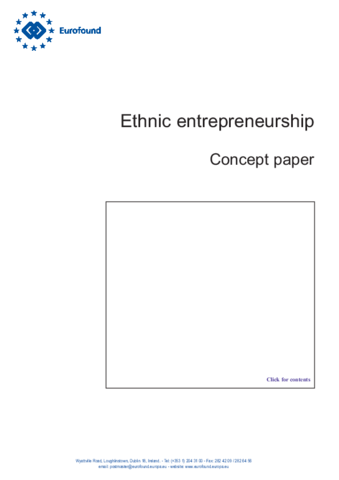 Although ethnic entrepreneurs from less-developed countries are common throughout Europe, they remain ‘unsung heroes’ according to some commentators. In socioeconomic terms, these immigrants were traditionally viewed largely as workers – specifically as suppliers of cheap, low-skilled labour to the more advanced economies. More recently, attention has shifted towards immigrants who start their own businesses.
Useful? Interesting? Tell us what you think. Hide comments