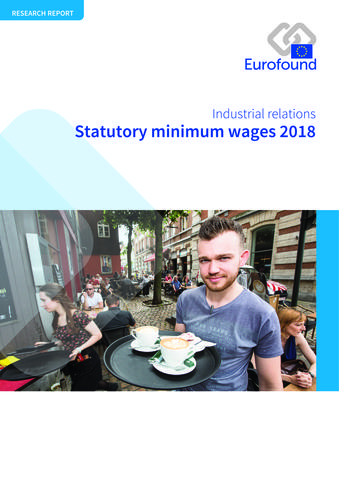 The term ‘minimum wage’ refers to the various legal restrictions governing the lowest rate payable by employers to workers, regulated by formal laws or statutes. This report provides information on statutory minimum wages that are generally applicable in a country and not limited to specific sectors, occupations or groups of employees. While the scope of the report covers all 28 EU Member States, the main findings relate to the 22 countries that had a statutory minimum wage in place in 2018. In the majority of countries, the social partners have been involved in the setting of the minimum wage in 2018 – in marked contrast to the beginning of the decade when minimum wage-setting was characterised by strong government intervention. While the highest increases in the minimum wage were recorded (in nominal and real terms) in Bulgaria and Romania, both of these countries – as well as several others – have a long way to go to catch up with the minimum wage levels prevailing in western European countries.