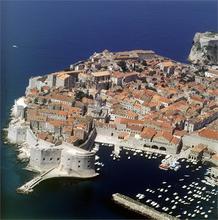 While Croatia formally become a Member State of the EU on 1 July, Eurofound’s European Quality of Life Survey (EQLS) has been covering Croatia for six years – since 2007. From the survey findings emerge a picture of  a country in transition, and one with marked generational differences in terms of outlook and attitudes.

Generally, people in Croatia are less satisfied with their lives than are EU residents on average: on a scale of 1 to 10, they rate their satisfaction with life at 6.8 – below the EU average of 7.1. However, this picture changes when we look at young people in Croatia. Not only are young people the most satisfied of all age groups with their lives in the country; they are also more satisfied than the average for their counterparts in the EU27.

People here are more optimistic than are EU residents on average, but there are many countries where optimism is more widespread. Again, however, young Croatians are far more optimistic about the future than the older generations (those aged 65 and over).

Material hardship is a key issue for many people: almost a third of people have difficulties making ends meet. While it is especially difficult for those aged between 40 and 49, younger people find it much easier. This same pattern is found in the other countries that were formerly part of Yugoslavia. This suggests that the consequences for people joining the labour market in times of crisis (in this case the Balkan wars of the 1990s) are large, negative and persistent.

Eurofound research has found that health, income, and age are the most important factors in people’s level of well-being. Interestingly, in Croatia, being unemployed has less of an impact on how satisfied people are with their lives than in many other EU countries, where the unemployed are much less satisfied with their lives than others. That suggests that people here may have support networks that make them less dependent on the job alone.