Developments in collective wage bargaining in the European Union 2015 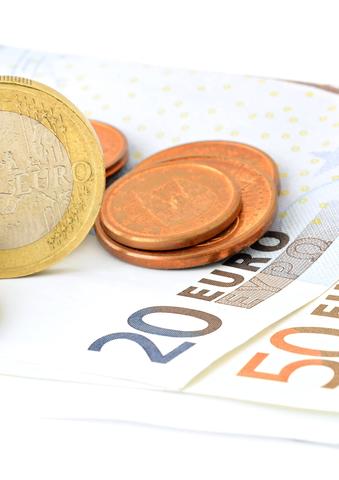 This article summarises the recent developments in collectively agreed pay in the European Union. It discusses the levels at which it is carried out, its coordination and coverage. The wage outcomes are put into the perspective of past collectively agreed wage changes and key insRead more

Eurofound (2015b) found that the level of wage bargaining and the type of coordination (how it is achieved) are the key institutional variables which influence pay outcomes. The findings suggest that wage moderation occurs with the increasing centralisation of bargaining; regimes with company-level bargaining or bargaining that alternates between sector and company level were associated with higher pay outcomes than predominantly intermediate (sector) level and higher levels of bargaining.

Most countries in the European Union have different bargaining levels which can be interlinked, so a worker can be covered by agreements made at different levels. Table 1 demonstrates how the data show that in most countries in 2015, the most decisive levels were also the most important or predominant ones for the share of coverage of workers at that level.

The sectoral/industry level was reported in 2015 as the most decisive level for the magnitude of wage changes in 10 countries (Austria, Denmark, Finland, France, Germany, Italy, Netherlands, Romania, Spain and Sweden), while in Croatia and Cyprus, both sectoral/industry and company levels were reported as the most decisive. Company level alone was the most influential level for wage bargaining in eight countries (Bulgaria, Czech Republic, Estonia, Hungary, Lithuania, Malta, Slovakia and the United Kingdom), and in Ireland and Norway it was reported in conjunction with the central/cross-sectoral/cross-industry levels.

The central level is the most decisive in Belgium, and in Greece and Slovenia, all three levels were named as influential. Company-level bargaining is the level with the highest importance (for coverage) in 14 countries (Bulgaria, Croatia, Czech Republic, Estonia, Hungary, Ireland, Latvia, Lithuania, Malta, Poland, Romania, Slovakia, Slovenia and the United Kingdom). This was particularly so in the new Member States.

In Cyprus and Luxembourg, both company and sectoral/industry levels were named as being more or less equally important, while in Austria, Denmark, France, Germany, Italy, Netherlands, Spain and Sweden, the sectoral/industry level was the most predominant. In Finland this position is shared with central/cross-sectoral/cross-industry level. The central level is most important in Belgium, and in Norway it is the central level (alternating every second year with the sectoral level), together with the company level.

The importance and decisiveness of the collective wage bargaining levels has been relatively stable in the European Union since 2000. Nevertheless, trends of decentralisation have been observed in Greece, Ireland, Romania and Slovenia. In Greece, since 2012, the decisiveness and importance of the central and sectoral levels has decreased in favour of the company level. In Ireland, the importance of the sectoral level also appears to have decreased since 2011, whereas the opposite trend is seen at company level, which has become more important since 2010. In Romania, legislative reform in 2011 abolished national collective bargaining as the means of setting the national minimum wage. The new legislation makes wages negotiated at sectoral level binding for the entire sector, and company bargaining cannot set a lower wage. In practice, however, no sectoral agreement has been concluded since 2011, which means that even though the decisiveness of sectoral level has increased, its practical importance has decreased. In Slovenia, the sectoral level has been the most important, but the trend is towards decentralisation.

The importance and decisiveness of the sectoral level has also decreased in Belgium. Since 2009, central level bargaining has become more important and decisive. This is because the Inter-Professional Agreement IPA), a two-year national intersectoral agreement, was passed by the government in 2009; in 2013–2014, there was no margin left for the sectors.

The importance of 'coordination' across different players and bargaining units – as compared to the 'level of bargaining' – has been a long and widely debated issue among researchers ever since Soskice’s 1990 critique on Calmfors/Driffill’s 1988 ‘hump-shape’ hypotheses (Eurofound 2015b, pp. 7–10). By using a large panel dataset, Eurofound 2015b showed that different pay outcomes are influenced by the type of coordination of collective wage bargaining. The findings of the report suggest that compared to uncoordinated wage bargaining, all types of coordination (pattern bargaining, intra- and inter-associational bargaining, and state-sponsored or state-imposed bargaining) result in significantly lower average pay outcomes.

Similar conclusions were drawn by Eurofound (2015a), which identified six types of regimes, each with distinct levels of wage bargaining and levels of coordination. Its conclusions about collectively agreed pay outcomes between 1998–2012 were as follows.

The coordination of collective wage bargaining varies considerably between the EU countries. As Table 2 shows, while there is barely any coordination in some Member States, others report horizontal as well as vertical coordination.

Croatia, Cyprus, Estonia, Greece, Lithuania, Luxembourg, Poland and the United Kingdom reported that there is no or minimal coordination of collective wage bargaining.

There is a trend of decreasing coverage of collective wage bargaining across the continent, which confirms the findings of Eurofound (2015a) that a constant fall in the numbers of employees covered by collective bargaining agreements has been reported in recent decades. However, the report also mentions that in contrast to other parts of the world, the collective bargaining coverage rate is still remarkably high in the EU; estimated at around 60% on average in 2012.

As shown in Table 3, the highest levels of wage coverage are observed in some old EU Member States, Slovenia and Norway. Coverage exceeds 66% of the labour force in Austria, Belgium, Denmark, Finland, France, the Netherlands, Norway, Portugal, Sweden and Slovenia. A medium level of coverage (33%–66%) was found in Croatia, the Czech Republic, Germany, Ireland, Luxembourg, Malta and Romania. Slovakia, with a reported coverage of between 30%–35% hovers between medium and low coverage (less than 33%). Other countries with a low coverage of collective wage bargaining are Bulgaria, Estonia, Greece, Hungary and the United Kingdom.

Notes: No data were available to determine trends in Cyprus, Italy, Latvia, Lithuania, Poland and Spain; no country was found to have an increasing coverage of collective wage bargaining.

Data on the outcomes of collective wage bargaining are not available for half the EU Member States. Only 14 countries have databases that record such outcomes systematically or have regular surveys that make it possible to report statistics on collectively agreed wage increases in the total economy. The tables presented in this section are based either on a full register of the collective agreements (Belgium, Finland, Portugal and Spain) or on a sample (Austria, Czech Republic, Germany, Italy, Malta, Sweden, Slovakia and the United Kingdom). Even though the information is not strictly comparable because data collection methodologies differ across countries, the comparisons give an idea of collectively agreed wage development in each country.

Table 4 shows developments in nominal collectively agreed pay from 1999 to 2015 in EU Member States for which data is available. Over this period, a degressive trend was observed in the Czech Republic, France, Italy, Malta, the Netherlands, Portugal, Slovakia, Spain and the United Kingdom. The moderation of wage increases is visible, especially in the period following the economic crisis. A slow-down in wage growth is visible in the newer Member States (the Czech Republic, Malta and Slovakia) which saw increases of 7% or more at the beginning of the decade. The nominal collectively agreed wage change in the United Kingdom shows a slightly degressive trend over the observed period, with the lowest decreases in 2010–2014. However, the country saw a strong growth of collectively agreed pay in 2015.

A relatively stable development in nominal collectively agreed wage change took place in Austria, Belgium, Germany, Finland and Sweden. However, even these countries experienced some years with lower nominal wage increases in the aftermath of the crisis (for example Belgium in 2010, 2014 and 2015, and the United Kingdom in 2010–2014).

Table 5 and Table 6 show the development of real collectively agreed pay from 1999 to 2015. These figures take into account the rise in prices (as measured by the Harmonised Consumer Price Index).

While collectively agreed pay grew steadily at the beginning of the first decade of the 21st century in most of the countries for which data are presented, a slowdown was observed in 2008. This was, however, compensated for by a more pronounced rise in 2009. The years 2010 to 2012 were marked by moderation and decrease, with the highest wage decreases taking place in 2011. Collectively agreed wages started to recover in 2013 with progressive increases over 2014 and 2015.

The Czech Republic and Slovakia experienced the highest collectively agreed wage increases in real terms (38.5% in the Czech Republic and 30% in Slovakia – although, as can be seen in Table 5, the measured period for Slovakia was shorter). However, it is also necessary to mention that both countries had lower wages to start with. In the older Member States, the highest wage increases were recorded in France (18.6% between 2000 and 2014), Sweden (17.5%) and Germany (16.1%). Italy and the Netherlands appear to have the lowest wage increases, but the measured period for both countries is shorter which may, partly, explain this finding.

Notes: Whole economy, 2008=100, with the exception of real wages in Italy, Malta, Netherlands and Slovakia.

Source: Real wage development was calculated using the HCIP as reported by Eurostat.

Notes: The series for Finland is broken because data for 2009 and 2010 are missing, and the index considers these as if there was 0% wage change. Whole economy, 1998=100, with the exception of real wages in Italy, Malta, Netherlands and Slovakia.

This topical update has discussed the developments in collectively agreed pay in EU countries and Norway and how they were determined. Only half of the EU countries have available regular data on the outcomes of collective wage bargaining. These data show that following a period of moderation, collectively agreed pay started to increase from 2013 and this trend continued in 2015. However, there are vast differences in outcomes between countries which tend to widen over time.

Since 2000, newer Member States such as Czech Republic and Slovakia have seen robust growth in real collective agreed pay of above 30% over the whole period. The available data suggest that none of the old Member States has had this level of growth, possibly because wages in these countries were already higher. However, there are still significant differences between older Member States such as France, Germany or Sweden, which have seen larger growth of real collectively agreed pay, and Italy and the Netherlands where wage growth has been much weaker since 2000. In some countries such as Finland, Portugal and Sweden, growth has been more evenly distributed between the sectors, while in countries such Italy, Slovakia and the United Kingdom, wage growth between sectors has been more uneven.

The coverage of collective bargaining has been decreasing in about half of the countries for which there are available data, and was stable in the remainder. This confirms the decreasing trend identified in the literature, but many Member States still have comparatively high coverage compared with the rest of the world.

Statutory minimum wages in the EU 2016

Bagic, D. (2015), Analysis of the impact of collective agreements on the wage system in the Republic of Croatia, Ministry of Labour and Pensions, Zagreb.

Eurofound (2015a), Collective bargaining in Europe in the 21st century, Publications Office of the European Union, Luxembourg.

Eurofound (2015b), Pay in Europe in different wage-bargaining regimes, Publications Office of the European Union, Luxembourg.