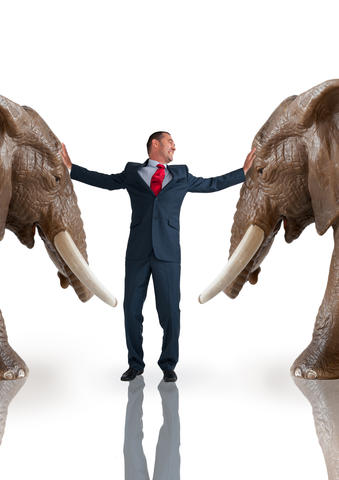 There have been mixed developments on the regulation of collective disputes across Europe in the first three quarters of 2014. The number of cases reported where the right to strike or to associate was encouraged was nearly equal to the number of cases where the same rights were restricted. Equally, there seems to be no common trend in the development of alternative ways of resolving disputes.

Figure 1: Developments in the regulation of collective disputes and (alternative) dispute resolution mechanisms

Right to associate and to strike

Workers and employers, or their respective organisations, have, in accordance with Community law and national laws and practices, the right to negotiate and conclude collective agreements at the appropriate levels and; in cases of conflicts of interest, to take collective action to defend their interests, including strike action.

In the first part of 2014, new regulations in Croatia, Lithuania, Malta and Ireland promoted the right to strike. However, in Finland and the United Kingdom, there has been debate on the legality of strike action.

In Croatia, the new Labour Act (OG 93/14) allows workers more freedom to strike if they are not paid; workers can strike the day after an employer defaults. Under previous legislation (OG 149/09, 61/11, 82/12 and 73/13), workers were permitted to strike only after 30 days of non-payment. The most common reason for industrial conflict in Croatia is the non-payment of salaries. Between January and June 2014, according to the Croatian Tax Administration, 7,461 employers employing 27,534 workers did not pay their workers. The Ministry of Finance - Tax Administration has therefore adopted a policy of ‘naming and shaming’ employers by publishing a weekly update of such employers.

In Lithuania, the Labour Code and the Code of Civil Procedure has been changed recently to:

Before this, Lithuanian law did not properly regulate industrial disputes and many of its rules lacked clarity, so that workers found it nearly impossible to organise strikes (see articles on Unions continue to fight for right to strike and Conflict continues over brewery strike ban). In January 2014, social partners discussed the new draft laws at a meeting of Lithuania’s Tripartite Council. In May, the Lithuanian parliament adopted the amendments to the Labour Code liberalising the regulation of strikes. The amendments took into account Lithuanian case-law on the legality of strikes and came into effect on 1 July 2014.

A recent decision by the Council of Europe has resulted in the strengthening of the right of association in the public sector.

In Ireland, the Council of Europe decision backed the police force’s right to industrial action (albeit with limits), as well as affiliation to the Irish Congress of Trade Unions and full access to national public service pay talks.  However, as of January 2018, the implementation of this is still under discussion, with the government currently against the right to industrial action.

In Sweden, where police are not allowed to strike, officers protested about low wages for three days in June by parking police cars in public places and talking to passers-by. However, their action was not a withdrawal of labour (Aftonbladet, 2014).

In Poland, the Ministry of Labour and Social Policy is discussing proposals to amend the regulations on union membership so that the right of association would be extended to cover people employed on civil law contracts (in ‘junk jobs’) and the self-employed. Currently, the right of association is restricted to employees, a long-standing complaint of trade unions.

Debates around the legality of industrial action

At the end of October, the German government published the draft of a law to regulate collective bargaining. It aims to force trade unions to collaborate when negotiating with one employer. This would make it more difficult for smaller trade unions to strike if they disagreed with a larger trade union. The proposal is tricky, because the right to strike is guaranteed by the German constitution, and it could be argued that this change would limit that right. The proposals have been prompted by the behaviour of unions during the current strike of engine drivers at train operator Deutsche Bahn and pilots at airline Lufthansa (m-Brain, from Die Welt, 29 Oct 2014, p.1).

The Finnish central employers and worker organisations announced earlier in 2014 that they intended to start discussions in the autumn on the legality of strikes. Employer organisations want higher fines for those unions striking illegally, and larger support strikes stopped altogether. However, unions want to regulate ‘collective agreement shopping’ where employers compare several existing collective agreements to find the cheapest one (Mtv 31, March 2014). In autumn 2014, Finnish trade unions attacked a labour court decision to fine unions for a breach of industrial peace. The Confederation of Unions for Professional and Managerial Staff in Finland (Akava), the Central Organisation of Finnish Trade Unions (SAK) and the Finnish Confederation of Salaried Employees (STTK) released a joint statement criticising several instances of the Labour Court defining what the unions refer to as ‘mere negotiation willingness’ as unlawful industrial action. For example, the court fined the union JHL, which represents public and welfare sector workers, for promoting illegal forms of industrial action by calling for a day’s work stoppage on 23 September. The action involved 9,000 public sector workers in Helsinki protesting about the privatisation of municipal enterprise Palmia. According to the union confederations, JHL’s action had been an attempt to prompt negotiations.

In the UK, there is also debate about the legality of industrial action. On 9 July, on the eve of strike action by public sector workers, Prime Minister David Cameron confirmed that if the Conservative Party were to win the next election, it would seek to bring in laws making it more difficult for trade unions to take industrial action. Conservative party proposals seem to suggest that, rather than a strike being legal on the basis of a majority vote, certain thresholds of all members would need to vote in favour of action. It is also reported that the Conservatives would try to amend the time in which a ballot remains legal (in the case of unions taking intermittent action), and would consider introducing a requirement for each stoppage to have a separate ballot.

In the Netherlands, industrial action is regulated by case law rather than legislation. A recent court case (in Dutch) limited the right of workers wanting a 10% pay rise to strike at an AkzoNobel chemical plant. For safety reasons, the plant must work to at least 40% of its production capacity at all times. However, the courts recognise in law (in Dutch) the right to strike, as laid down in the European Social Charter.

Changes in the regulation of dispute resolution mechanisms

Alternative forms of dispute resolution mechanisms, as set out in the definition above, are generally deemed to be quicker and more efficient than court cases. One would therefore expect them to be constantly supported. However, Eurofound correspondents reported only a few cases where alternative dispute resolution mechanisms appear to have been, or will be, strengthened.

In Italy, Decree Law 12 September 2014, no. 132 (239 KB PDF) promotes, in particular, arbitration to reduce pending disputes and to speed up lawsuits. The government also introduced a compulsory procedure for the parties to an industrial dispute. It obliges them to try to come to an agreement with the assistance of their lawyers before the filing of any labour dispute where less than €50,000 is claimed.

In Estonia, the government wants labour dispute committees to resolve most labour disputes. Currently, the committees can deal only with disputes involving claims of up to €10,000, while others have to be settled in court (Eelnoude infosusteem, 31 July 2014).

In July 2013 the UK introduced fees for cases brought to the Employment Tribunal. This had caused friction between unions and employers. The government’s intention was to encourage disputing parties to use quicker and more efficient alternatives to resolve problems. The move was welcomed by employer organisation The Confederation of British Industry (CBI) as it felt the fee system would weed out the more ‘weak and vexatious’ claims. However, trade unions claimed that the fees meant women and the low-paid lost access to justice.

In February, the High Court rejected a legal challenge to the tribunal fees by the union Unison, saying that the government’s decision was lawful. However, the High Court stressed that the fundamental flaw in the proceedings was that they were premature, and that the evidence presented by Unison lacked the robustness necessary to overturn the decision to introduce the fees. On 20 May, leave to appeal was granted, which was welcomed by Unison.

Recently published Employment Tribunal statistics for Q1 2014 show that employment tribunal receipts were 59% down year on year. Only 5,619 claims were brought by a single worker or employee alleging breaches of employment rights, which might be due to the introduction of the fees. It should be noted, though, that there has been a long-term, steady decline in the numbers of applications to the tribunal. Multiple claims also fell from around 1,500 between January and March 2013, to 435 for the same quarter in 2014. These figures will continue to be monitored by all parties.

Ireland: Labour Court is to become the single appellate body

Romania and Netherlands: Some weakening of alternative dispute resolution

Eurofound correspondents have also highlighted cases in which recent reforms of the laws on dispute resolution have weakened alternative ways of resolving disputes. This has been the case in Romania, where the Constitutional Court removed the compulsory requirement to inform parties of the benefits of mediation before going to court.

In the Netherlands, where the compulsory requirement for employee representatives and employers to go through Works Councils’ conciliation boards  was abolished in 2013, the number of conciliation cases in the for-profit sector has dropped to zero.

This article is based mainly on contributions from Eurofound’s network of European correspondents. Further relevant material: