Employment of marginalised youth – Time to invest and innovate 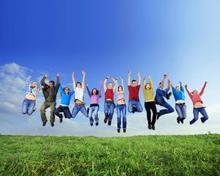 Eurofound was represented at the national conference on ‘Investing in youth employment’ in Sydney on 19–20 September, organised by Yfoundations, Australia’s main youth homelessness organisation. The event brought together business leaders, government decision-makers and representatives of non-governmental organisations (NGOs), social partners and education providers to discuss ways to increase the employment of marginalised youth.

His presentation emphasised that the main debate in the EU has centred on unemployment among young people (at 23% of 15–24 year-olds in the EU), the risks of that unemployment and the knock-on effects, particularly for marginalised groups such as those described below.

One key group of marginalised youth are those young people who are not in employment, education or training (NEET). The size of the NEET population across Europe (7.5 million aged 15–24) has led to a renewed sense of urgency to understand and deal with the problem. Eurofound’s report Young people not in employment, education or training shows that certain categories of young people are at higher risk of becoming NEET: for example, those with a low level of education, with an immigration background or with a disability. Mr Anderson indicated that the main challenge at EU level has been designing and implementing measures to reintegrate these young people into the labour market.

As the conference looked for innovations in the area of youth employment, Mr Anderson presented some positive examples of social innovation in various EU Member States, drawing on the report Social innovation in service delivery: New partners and approaches. This report looks at new relationships and roles for social partners, local government and youth NGOs.

Mr Anderson’s presentation concluded by highlighting policy responses taken at EU level. He spoke about the adoption of the Youth Guarantee in April 2013 and looked at its strengths and weaknesses as it aims to ensure that ‘young people up to age 25 receive offer of a job, continued education, an apprenticeship or a traineeship within four months of leaving education or becoming unemployed’.

Listen to his interview with ABC News