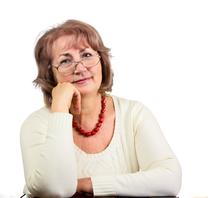 Eurofound salutes International Women’s Day on 8 March, the theme of which is Pledge for Parity, highlighting persistent inequalities between the sexes in areas including politics, employment, education and health.

In Europe, equality between women and men at work is rising on some fronts, according to 2015 findings from Eurofound’s European Working Conditions Survey (EWCS), but the gender gap continues in many areas. For instance, one-third of employees now have a woman supervisor, a rise from one-quarter in 2000, but closer analysis shows that while half of women are supervised by a woman, this is the case for only 15% of men.

Gender segregation in occupations is prevalent: four out of five jobs are dominated by one sex or the other. The map below shows the percentages of male workers per country who when asked 'Are workers with the same job title as you mostly men or women? ' answered 'Equal numbers of men and women'. The countries with the highest scores, and so the lowest occupational segregation, are Cyprus, Slovenia and Sweden; the ones with the most segregation are Estonia, Finland and Latvia.

Unequal sharing of household and care work is the big issue outside of work. Women on average do 22 weekly hours of unpaid work in contrast to an average of 9 hours for men. There is also a big gap in employment between the sexes. In 2014, the employment rate for men of working age (15–64 years) was 70.1%; for women it was 59.6%. The gap exists in all Member States, varying between 1.5 percentage points in Finland to 25.6 percentage points in Malta. This employment gap comes with a price: in a forthcoming report, Eurofound estimates the cost of the gender employment gap in 2013 to amount to €370 billion, which is equal to 2.8% of EU GDP.

You can explore findings on gender imbalances at work and on other working conditions using Eurofound's data visualisation tool or find a range of other Eurofound outputs on gender equality: