Rise in exposure to poverty and social exclusion in the EU 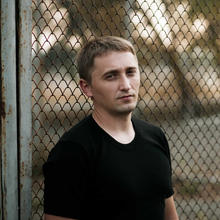 The EU Social Protection Committee’s (SPC) annual report for 2015, Social Europe – Aiming for inclusive growth, provides an analysis of recent trends in the social situation in the European Union and finds that in some Member States the situation has deteriorated, particularly for young people.

Eurofound contributed extensively to the section on ‘Social protection and youth exclusion in the EU’, which draws on its research on the social situation of young people, young people not in employment, education or training (NEETs), and quality of life of young people.

According to the SPC report, the impact of the crisis on young people has weakened their social situation and increased their vulnerability. For instance, the ‘at risk of poverty’ rate is higher among young people than any other age group.

Eurofound’s research on the social situation of young people shows that unemployed and inactive young people are more likely than others to feel socially excluded, to feel lonely, to face a lack of social support, and to have lower levels of mental well-being. They are also less likely to trust institutions now than they did in 2007.

Unemployment and poverty have long-term consequences for young people, according to Eurofound findings. Those with only lower secondary education, in particular, might have to face frequent spells of unemployment due to lack of skills and work experience and also limited chances to train on the job. Moreover, long-term unemployment and detachment from the labour market, education and training increase the risk of poverty and social exclusion in later life.

Eurofound’s Third European Quality of Life Survey shows that in 2011 the lowest levels of perceived social exclusion were found among young people in Denmark, Greece, Austria and Finland and the highest in Cyprus, Greece, Bulgaria and Romania.

Eurofound’s report Social inclusion of young people in Europe is due to be published later this year.

Eurofound (2012), Third European Quality of Life Survey - Quality of life in Europe: Impacts of the crisis