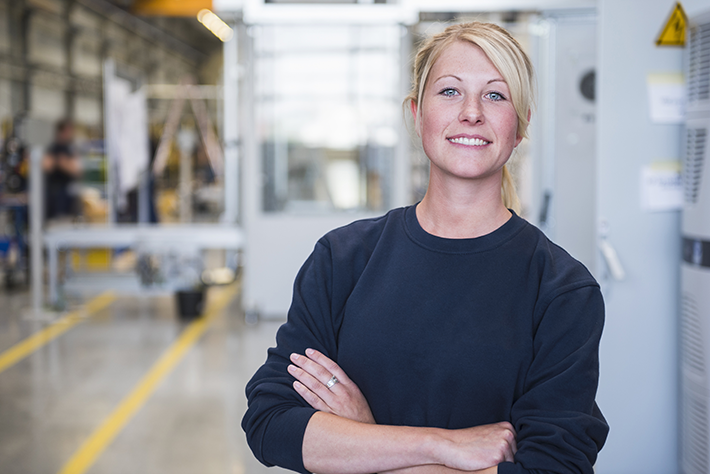 The decades-long trend of a narrowing gender employment gap in Europe has halted in recent years. Now the COVID-19 pandemic is disproportionately affecting low-paying service sectors with a high share of social contact, including many with a majority of female workers, risking forcing them out of the labour market. Do these developments threaten to reverse the progress on gender equality achieved so far?

After steadily contracting over several years, the gender employment gap has stagnated at just under 12 percentage points since 2014 (see Figure 1). Male employment, heavily dented by the previous crisis, picked up that year, and women’s participation has kept pace since, holding the gap largely constant. But this gap is not just a matter of gender equality: it carries a yearly cost in terms of earnings lost to the economy and public finance transfers. In 2018, the cost was more than €320 billion across the EU (or about 2.4% of its GDP).

Besides the employment gap, we see many other facets of gender inequality in the labour market that also affect the work women do. Sectors and occupations are highly segregated by gender, and women are significantly overrepresented in low-paying jobs (such as care assistants, cleaners and retail salespersons). In addition, women continue to experience stark disparities in pay compared to male colleagues in similar jobs, and make up 58% of minimum wage earners even though they represent 48% of the workforce. These worrying facts translate into a higher risk of financial instability and precariousness in the lives of women, with long-term effects on their pensions.

The importance of employment goes, however, beyond just providing a living – it also supplies the means to achieve personal aspirations and freedom of choice. Eurofound’s research has found that women in paid work evaluate their lives more positively than those outside the labour market and have a higher level of social inclusion. [1]

Inequality magnified by the pandemic

The COVID-19 crisis seems to have further tilted the scales against women. Eurostat data show that, between April and September 2020, more women than men lost their jobs: the unemployment rate for women increased from 6.9% to 7.9%, while that of men rose from 6.5% to 7.1%. The pandemic also pushed more women than men into inactivity (meaning, effectively, that they dropped out of the labour market). Between the first and the second quarters of 2020, the transition from employment to inactivity (as a percentage of total employment) increased by 0.9 percentage points for women (from 3.2%) compared to 0.7 percentage points for men (from 2.1%).

Data from Eurofound’s Living, working and COVID-19 e-survey (carried out in April and July of this year) are broadly consistent with the above evidence and add a further dimension, highlighting that age is a factor in deepening gender disparities, with young women aged 18–34 years having a higher probability of losing their job (11% compared to 9% of young men).

While these gender differences are relatively small, they indicate a situation that needs to be monitored. Furthermore, the extent to which the negative effects of the pandemic on women go beyond labour market participation would also seem to warrant a more comprehensive assessment.

Data from the e-survey suggest that women have struggled more than men to balance their professional and personal lives during the pandemic. In particular, women with children under 12 years of age in the household reported more work–life conflicts than men in the same category. Among the July respondents, the largest differences between women and men with young children concerned the difficulty in concentrating on the job because of family responsibilities (29% vs 11%, respectively) and whether family prevented them from giving time to the job (26% vs 7%, respectively). Compared to April, the situation for women in this group deteriorated for four out of the five indicators of work–life balance listed in Figure 2.

Gender differences in time spent on caring activities and housework might offer some explanation as to why women struggle with work and family responsibilities. While working from home during the pandemic might have led men with children to contribute more to household activities, the reality is that women still carry out a disproportionate amount of the domestic work. In July, women with children aged under 12 in the household spent an average of 62 hours per week on childcare (compared to 36 hours for men) and 23 hours per week doing housework (compared to 15 hours for men). The COVID-19 pandemic in Europe put pressure on women who were required to combine care with paid work and eroded the work–life balance of these women more so than for men. While there is increasing hope that life will return to normal in 2021, there is still great uncertainty regarding the winter months to come. While most countries implemented new and severe restrictions in the autumn to contain the spread of the virus, keeping schools and crèches open has certainly eased the burden for women. In the event of recurrent closures of educational establishments and a continued lack of social support systems (carers, childminders and grandparents), some women might have to make a choice between work and family – a concern that nobody wishes to see become a reality.