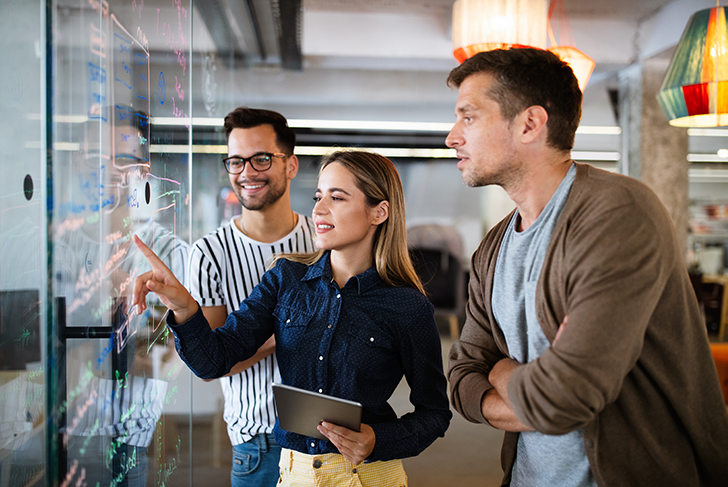 With its proposed directive on gender pay transparency, the European Commission has significantly bolstered the set of tools for delivering its objectives compared to those presented in its 2014 Recommendation. The proposed portfolio of measures addresses many shortcomings of the instruments that national authorities currently employ. And while some issues will still require clarification, further reflection or debate during the negotiations, the proposal is a truly European one: it draws on good practice from the policies of different countries rather than taking the approach of just one as a blueprint.

At the risk of stating the obvious, the 2014 Recommendation on gender pay transparency cannot be deemed successful in nudging countries into introducing pay transparency measures. Only around half of the Member States have implemented at least one measure, and most of the central and eastern European Member States, and some others, have yet to implement any.[1]Among the Member States with measures in place, there are shortcomings. Less than half of employees in many countries are covered by the mandated reporting or auditing instruments; in some countries – for example Belgium, Estonia, Spain and France – the measures cover either the private or the public sector but not both. There is a degree of opaqueness in many countries, such as Austria, Luxembourg and Finland, as the reports or audits are kept within companies; in some cases, they are not even shared with employees. Governments tend not to get the full picture, either, which makes monitoring and evaluation of the implementation and effectiveness of policies impossible. Measures often do not include follow-up actions when pay gaps are detected. Furthermore, employee representatives are not as effectively involved in these transparency efforts as they could be.

According to Eurofound’s recent research, pay transparency measures are not expensive, and most companies do not consider the costs to be an obstacle.[2]  Whether or not companies implement them well depends on whether the measures are considered useful and beneficial (by managers and employee representatives alike). And in this regard, our research has shown that instruments that are too simple – like the pay reports proposed by the 2014 Recommendation – can reach their limits quickly.[3]

By its nature, a binding directive – as compared to the non-obligatory recommendation – will oblige all Member States to introduce the proposed set of measures so there is full coverage across countries. And some measures at least will cover all workers in the Member States, including the requirement that job applicants are informed about their pay prior to employment and the right of all workers to obtain information about pay levels.

As far as transparency is concerned, the proposal lifts the black box in two respects. Firstly, companies with more than 250 employees will have to make their pay gap statistics publicly available, in a simple form. This will attract public attention and raise awareness of the existence of pay gaps. It should also reveal whether vertical segregation limits the opportunities for career progression for a particular gender within a company. Secondly, the same companies will also be obliged to submit a more in-depth analysis of their pay reports to newly established monitoring bodies. These bodies will then have the opportunity to aggregate data and carry out more meaningful evaluations of the policies than is currently the case.

But one of the most important advances of the proposal is that it demands detailed pay reporting: companies will have to compare the pay of categories of workers not only for those doing the same work but also for those doing work of equal value. This will require the social partners and companies to establish gender-neutral job evaluation schemes. And it will bring the pay reporting closer to the pay audits of the 2014 Recommendation; Eurofound’s study found that significantly more managers considered pay audits to be beneficial compared to the more superficial pay reports.

In addition, the fact that companies that have detected pay gaps will be obliged to carry out ‘joint pay assessments’ is an important step towards triggering further action.

Here is some – non-exhaustive – food for thought for the forthcoming debates and negotiations on the proposal.

First: Article 5 obliges the employer to provide information on the initial pay level or pay range to job applicants. The recitals, however, state that negotiations can lead to salaries above this level or outside the range. But, to play devil’s advocate, if women in reality engage less often than men in negotiations[4] or are less successful in ensuring a better outcome,[5] how can pay gaps be avoided?

Second: It will be important to ensure that workers obtain information regarding all components of pay, including bonuses and allowances, rather than only on average pay levels. While this may be the intention of the proposal, it is not yet entirely clear from Articles 7 and 9.

Third: Could the position of employee representatives be further strengthened, by giving them an explicit role alongside employers in establishing the categorisation of workers doing work of equal value? This will be relevant for all measures as per Article 7, 8 and 9.

Fourth: According to Eurofound research, two-thirds of workplaces in the EU do not have official employee representation, and even among large companies, not all have an employee representative body.[6] If there is no such representation, what alternative mechanism could be established to ensure employee involvement in the joint pay assessment, other than the proposed one that leaves it up to the employer to designate employees for this task?

Finally: Could the peak-level social partners be given an explicit role within the work of the monitoring bodies? There are important synergies between the two entities, as both have been entrusted with a role to devise gender-neutral job classification schemes.

To conclude, the proposed directive is a considerable advance on both national pay transparency measures and the 2014 Recommendation. If it is adopted and fully implemented, it will harness the potential of these measures to reduce the gender pay gap. Most importantly, however, is that the portfolio of measures it incorporates does not just copy one of the existing national measures, but draws on many good practices and well-functioning elements implemented by different Member States. In this sense, it is a truly European proposal.