Dealing with the exodus of healthcare staff 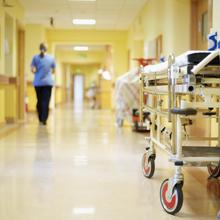 With Europe’s population ageing, the healthcare sector is of crucial importance. However, across the EU, labour shortages challenge the capacity of health services to deliver effective care.

What can be done to stem the flow? Some countries have sought to encourage the return of highly skilled nationals; Bulgaria, for instance, has made this a priority in its new strategy on migration. However, even where healthcare staff find themselves working abroad in positions for which they are over-qualified, the fact of labour shortages in the EU15, as well as those countries’ better living and working conditions, will likely ensure most will remain there.

One alternative is for the EU10 to encourage the inward migration of skilled professionals from third countries. However, this raises political difficulties: in an environment of high unemployment, encouraging immigration is unlikely to be a popular move. Also migrants are likely to use a Member State in the EU10 as a stepping stone to better-paid jobs available further west.

Within the EU10 there is a general perception that labour shortages should be solved by wage increases, improving working conditions and retraining – which some Member States have explored. Cutbacks in health spending, however, make such measures difficult.

Various reforms have been introduced; in Hungary the state is taking over the running of hospitals from municipal authorities in an effort to manage them more efficiently. To offset the massive loss of investment in terms of education resulting from emigration, training programmes in Slovakia require a compulsory, stipulated period of service after graduation; alternatively, graduates must provide financial compensation if they leave the country.

The issue is likely to become only more prevalent over time: those countries waiting to join the EU will probably face similar challenges as those currently being experienced in the EU10.

For more, see the recently published Eurofound report Mobility and migration of healthcare workers in central and eastern Europe. Also, in September 2013 a one-day conference, organised by Eurofound under the auspices of the Lithuanian Presidency, launches the Eurofound report More and better jobs in home-care services.