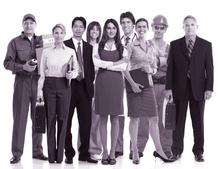 The first results from Eurofound’s European Company Survey (ECS) 2013 include the finding that 4 out of 10 establishments in the European Union have difficulty recruiting employees with the right skills. So, despite an unprecedented level of unemployment in the EU, it seems that neither workers who have become unemployed nor young workers entering the labour market are the workers that employers are seeking.

The finding is interesting in light of the view among some economists that there has been a fundamental shift in the nature of the labour market, with the effect that much of current unemployment is structural rather than temporary (or cyclical). It means that the economy is failing to match workers to jobs. One typical contributor to structural unemployment is a mismatch between the skills employers are looking for and the skills that workers have to offer.

The European Commission in the Labour market developments in Europe 2013 report, published in October, concludes that cyclical unemployment is substantial in most EU countries. It notes that construction and industry were the two sectors that were most heavily hit by unemployment during the crisis. However, since 2011 there has been a rapid reduction in the proportion of unemployed people who were previously employed in these sectors.

Nevertheless, the report identifies a rise in structural unemployment in several countries. It finds that since 2000, labour market matching has worsened in the euro zone countries that were most severely affected by the economic crisis, as well as in the Baltic states, Hungary, Sweden and the UK; by contrast, matching has improved in Germany. The analysis also shows that skills mismatches persist among unskilled workers and workers who lost jobs in retail and the public sector

Findings from three waves of the ECS are consistent with the Commission's analysis. The ECS has found evidence that skills mismatches are an enduring and increasing problem in the EU. When Eurofound conducted its first survey in 2004–2005, 35% of establishments reported difficulty recruiting employees with the right skills. The figure rose to 37% in 2009, and by a further 2 percentage points to 39% in 2013.

Targeted education and training policies need to be considered to reduce labour market mismatches, to reskill unemployed workers, to support job-seekers in the process of job-seeking, and to prevent long-term unemployment from transforming into permanent alienation from the workforce.