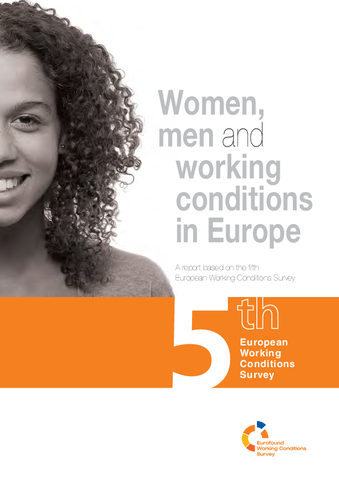 Despite much legislative progress in gender equality over the past 40 years, there are still gender gaps across many aspects of the labour market. Inequalities are still evident in areas such as access to the labour market, employment patterns and associated working conditions. This report explores gender differences across several dimensions of working conditions, examining relevant country differences, analysing the different occupational groups of both men and women, and comparing the public and private sectors. It also looks at the impact of the crisis on gender segregation in employment. Based on findings from the fifth European Working Conditions Survey (EWCS), conducted in 2010, the analysis offers a striking picture of women and men at work across 34 European countries today.
Useful? Interesting? Tell us what you think. Hide comments