New types of casualisation still put workers at a disadvantage 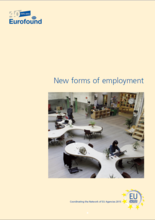 Casual work is nothing new, but as employers seek greater flexibility to meet their labour needs, it is taking new forms. It has been suggested that new work arrangements can help reduce unemployment, but concerns are being raised about the implications for workers.

On-call casual work, which is on the rise in a number of EU countries, maintains a continuous employment relationship between an employer and an employee. However, the employer does not continuously provide work for the employee, instead calling them in only when needed.

A very precarious type of on-call work is the ‘zero-hours’ contract, which specifies no minimum number of working hours, meaning the employer is not obliged to ever call in the worker. Zero-hours contracts have gained notoriety particularly in the UK, where there has been significant growth in their use in recent years.

Food chain McDonalds hit the headlines in 2013 when The Guardian reported that 90% of its workforce was on these contracts. The newspaper subsequently reported that a similar proportion of Domino’s Pizza staff and all 20,000 of Burger King’s restaurant staff were zero-hours workers. Other large companies have also come under the spotlight for employing large numbers of employees on zero-hours contracts.

On-call contracts are controversial because of their apparent unfairness to workers. In most cases, workers are paid only for the time worked. This means, for instance, a care worker may visit a number of clients in a day, but won’t be paid for the time they spend travelling between clients.

Workers are put at further disadvantage when contracts include exclusivity clauses barring them from working for other employers. In addition, social protection coverage is often poor – in Ireland, workers on such contracts receive no mandatory social protection coverage, while in the UK workers become eligible only if they reach a minimum income.

Casual employment is also developing through company practice. For instance, German commercial airline Lufthansa in 2013 introduced a new type of work contract to cover the peak summer months, which recruits staff to work full time from March to October and releases them for the remainder of the year. They complete the same basic 12-week training as regular flight assistants and are hired initially on a two-year contract, renewable once for four years.

Casual forms of employment have obvious benefits for employers, allowing them to very flexibly meet their labour demands when the need arises. Employers have been taking a cautious approach to recruitment since the economic crisis: temporary hiring increased between 2008 and 2012, reaching as high as 71% for elementary occupations in 2012, but also becoming more common for highly skilled occupations such as technicians and professionals.

Trade unions have expressed concerns about the ‘overflexibilisation’ of the labour market to the disadvantage of workers. Casual work by and large offers little job security, uncertain and irregular working hours, low and unpredictable wages, no or limited benefits, less job satisfaction and, in many cases, dull and predictable work.

Employers’ organisations argue that companies need to be able to adjust to fluctuations in the market, particularly in economically difficult times. It remains to be seen whether the shift towards flexible hiring will be reversed when the economy shows more definite signs of recovery.