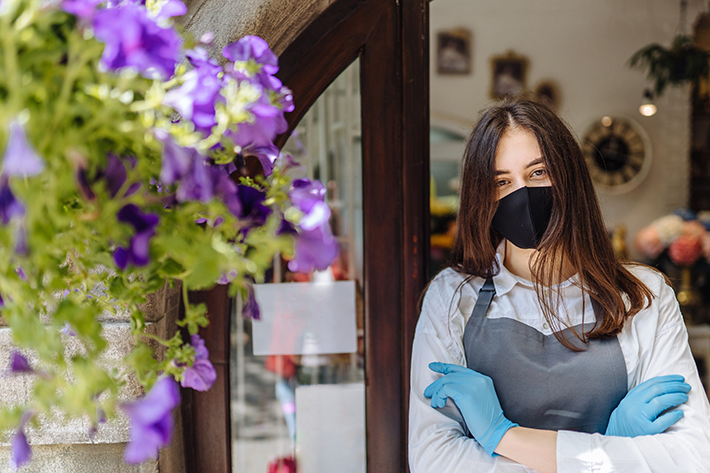 The pandemic has had differential impacts on women. Raised consciousness about them must be applied to advance gender equality in recovery measures.

All crises have a strongly gendered impact and none more so than the current pandemic, across a range of indicators. While the virus itself seems to take a greater toll on men than women when it comes to fatalities, women appear to have been worse affected in terms of labour market impact.

As has been widely documented, due to the asymmetric impact of the pandemic on sectors and occupations as well as the different position of men and women in the labour market, more women than men have lost their jobs and are more likely to be among furloughed workers. Unsurprising probably, as they tend to be overrepresented in the sectors and occupations that have been locked down. They are also more likely to be working remotely and constitute the majority of frontline workers.

In addition, this most recent shock for women in the labour market has, to some extent, exacerbated inequalities that already existed among women. Many of the women laid off or furloughed are low-paid workers, while women at the higher end of the pay scale have tended to continue to work and been able to move their job to their home (contributing thereby to the digital divide).

The closing of schools and childcare during the last year, alongside the centrality of the home for both work and private life, has highlighted the double burden of working and caring, particularly for women, in more extreme form. Survey data show that this burden, while borne by both genders, has had a much higher impact on women, by whom care is mostly shouldered. Last but certainly not least, the pandemic has further exposed the prevalence of domestic violence, which has seen an insidious increase as confinement restrictions continue to be imposed.

The long-term impact of the crisis, however, will be determined not only by the difference in position between men and women in society – it will also be shaped by the type and effect of measures put in place in response. And governments have responded to this extraordinary crisis in an extraordinary manner.

While it is difficult to argue that that the measures are gender-neutral or indeed instrumental in closing the various gender gaps, they do recognise atypical labour market situations, the need for leave to care for children and the position of oft-forgotten groups in the labour market, such as domestic workers. Despite this, women, particularly those with children, are finding it difficult to make ends meet.

So while the pandemic is clearly having a strong and rather negative impact on women in a range of domains, it is also placing a welcome spotlight on the structural gender inequalities that remain in our societies. Issues such as low wages and difficult working conditions in health and social care are increasingly under the microscope, as these workers are recognised for the critical value they provide. The importance of well-functioning childcare has become more evident. And with school closures, sectoral lockdowns and teleworking, the care of children is being more equally distributed between men and women in some countries.

This growing momentum, alongside the greater awareness and visibility of the gender inequalities inherent in our labour markets and society at large, could give rise to a platform from which potentially wide-ranging, sustainable and rapid change could take place.

One can imagine two scenarios. In the first, gender equality will regress as women (mostly low-paid) find it very hard to re-enter the labour market, as sectors reopen in an asymmetric, modified and hesitant manner. Remote work will become a permanent feature, and women will embrace it disproportionately, thereby continuing to assume the lion’s share of unpaid work – as a consequence, they will become invisible in the workplace and lose out on training and promotions. Budget constraints will bring a halt to social investment in childcare and eldercare, and restrictive measures will be introduced with regard to income replacement.

One could, however, imagine another, more optimistic, scenario. Because the measures introduced during the pandemic have led to a realisation that many workers – mostly women and for very different reasons – are not adequately covered, there is a general reassessment of the welfare systems in place to cover citizens who fall between the cracks. This paves the way for a largely positive outlook, in which the pay and conditions of many frontline workers are indeed deemed inadequate, leading to structural improvements in both. Remote working indeed becomes a mainstay of working life for all, but with workplaces introducing measures to counteract potential negative impacts, enabling men and women better to share unpaid work.

Both scenarios are possible. Which emerges will largely depend on what steps are taken by policymakers as we come out of the crisis. To promote a scenario with enhanced equality, gender-mainstreaming is imperative, so that recovery measures are sensitive to the particular situation of women in society. The Gender Equality Strategy provides an overarching framework to facilitate this, alongside the ambitions of the European Pillar of Social Rights and Action Plan.

These initiatives should be used as an opportunity to ensure a scenario that works best for both women and men, as we head towards a ‘new normal’.