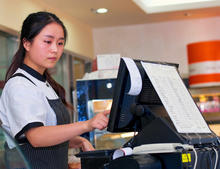 The Flash Eurobarometer 408 survey on ‘European Youth’, published on 23 April by the European Commission, looks at how young EU citizens aged 15–30 participate in society and highlights a number of concerns that they face.

Confidence about a job

Although 26% of young people are very confident about finding a job once they finish their studies, 18% are not very confident. Young people in the Czech Republic, Luxembourg and Austria appear the most confident, compared with those in Greece, Spain and Cyprus. Not finding a long-term contract or a stable job is reported as a concern by 31% of respondents, and having to move to find a job is a concern among 16%.

Compared with previous surveys, young people report stable levels or slight decreases in participation in sports clubs, youth clubs, leisure clubs or other youth organisations in the previous 12 months. Almost half (49%) say they participated in at least one form of organised activity, down from 56% in 2011. Young men are also more active in this area than young women.

Charity, humanitarian and development aid is the most common area for volunteering, followed by education, training or sport. Of those who had taken part in voluntary activities, 28% report incurring expenses but not receiving any contributions towards them.

Flash Eurobarometer 408 was carried out in December 2014 by TNS Political & Social network among 13,454 young people aged 15–30 in the EU28. It studied how young Europeans participate in society, looking at their main concerns and confidence in finding employment, as well as their participation in voluntary work and youth projects, activities of various organisations, political elections and cultural activities.