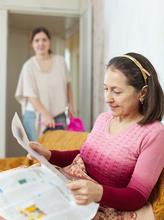 European societies are undergoing social, cultural and economic transitions that will have significant implications for the labour markets of the future. The European Commission has funded a research project, NEUJOBS, to analyse how labour markets are likely to develop in light of these transitions, and Eurofound will be taking part in a workshop organised in the context of this initiative.

‘Employment 2025 – How will multiple transitions affect the European labour market?’ takes place on 8–11 April in Bonn and will examine the possible impact of societal shifts on particular groups in the labour force, such as women and older people, and on different sectors of the economy, including health and social care. Eurofound’s Anna Ludwinek will participate in the discussion panel on care and social inclusion services.

The social-care services sector is likely to be a major source of job growth over the coming decades. As the population ages, the number of people with dementia, chronic illnesses and disabilities and in need of care is rising. At the same time, the provision of informal care by family members is dwindling as more women are working outside the home. The OECD expects demand for care workers to double or triple between now and 2050.

However, the care sector has enduring labour shortages because of high staff turnover and failure to attract recruits in sufficient numbers. Existing and potential employees are discouraged by low pay, demanding working conditions and poor career prospects.

Eurofound research on more and better jobs in home-care services sought to identify initiatives across Europe that overcame these barriers to recruiting and retaining care staff – such as home helps, social care workers, community workers and district nurses.

The research identified a variety of successful initiatives. Some, for instance, were aimed at tapping existing labour market reserves, including the unemployed, migrants and disabled people; others were aimed at professionalising staff and giving them greater responsibility.

The research found that some measures could successfully transfer to other organisations and regions, as long as the strategy was well thought out. It also concluded that such initiatives could be effective at integrating workers at the margins of the formal labour market.