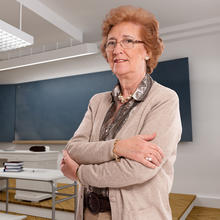 A number of reforms have been introduced across the EU to improve the sustainability of pensions, involving changes to both state and occupational pension schemes. However, these reforms bring their own consequences and have often proved unpopular. Freezing or reducing pension benefits means that pensions no longer meet recipients’ need as they once did; meanwhile, increased contributions have put pressure on disposable income and wage costs. The net benefits of discouraging early retirement and increasing the pension age have also been limited, with workers not necessarily able or motivated to work until the statutory pension age: 25% of the EU28 workforce exits early due to health issues, disability, or care commitments. Partial retirement can potentially provide a new direction for progress, substituting part of the income with a partial pension or benefits. About two-thirds of EU citizens say that this option appeals more than full retirement.

However, the practical experiences of partial retirement analysed by Eurofound have shown mixed results. Partial retirement enables particular groups of people to extend their working lives – in particular, those with health problems, disabilities, care responsibilities and physically or mentally demanding jobs. However, for many workers, the reduction of hours facilitated by early retirement is often greater than the increase in hours gained by extending their working lives.

Workers who can benefit from partial retirement need to be made more aware of the schemes, and partial retirement should certainly be presented as a more attractive option than early retirement. Such schemes can meet individual needs or preferences to reduce working time, while allowing workers to retain an adequate income. However, the report states, continued full-time employment should be encouraged and supported as the best option.