Posted workers in the European Union 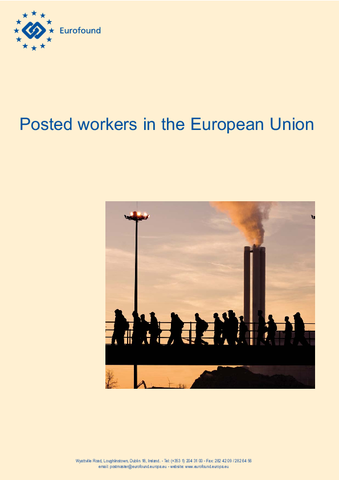