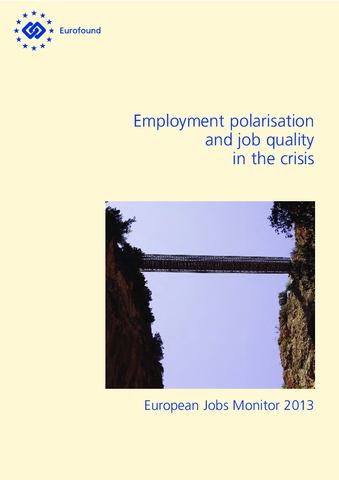 This report describes recent structural shifts in employment in European labour markets before, during and after the 2008–2009 recession. It finds that employment destruction across Europe in the recession was strongly polarising in terms of the wage structure, while there was less polarisation in 2010–2012. A jobs based approach identifies how net employment shifts at Member State and EU level have been distributed across jobs in different quintiles of the wage distribution.