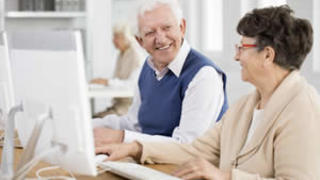 Retirement from paid work at the age of 65, and often earlier, has been the norm in the EU until recent years. The age at which people retire differs across the EU Member States and has been rising.

As the ‘baby boom’ generation moves into retirement, more workers will be retiring than are entering the labour market. With people living longer and birth rates falling across Europe, a priority of EU policy is to encourage Europeans to remain in work longer, to ensure the sustainability of pension systems and adequate social protection. In recent years, some Member States have moved to raise the state pension age (for example, Ireland to 68 years by 2028, and Germany to 67 years by 2031) and sought ways to encourage workers to stay in their jobs longer. Many older workers are also increasingly wishing to continue working for longer.

The European Commission’s 2012 White Paper on pensions suggests initiatives to create the framework to allow older workers who are able to continue working and save more for their retirement. It also called on Member States to close the differences in statutory pension ages between men and women, and to review unwarranted mandatory retirement ages. The Commission has also reviewed retirement regimes for workers in arduous or hazardous jobs in Europe, discussing ongoing reforms and best practices with recommendations for EU Member States.

Over the years, Eurofound has analysed issues around retirement in EU countries. Research has looked at the possibilities for early and phased retirement, opportunities to combine work with partial retirement, working after retirement, volunteering in retirement and the issue of pensions. In recent years, research has focused on extending working lives beyond the current retirement age, as well as issues around work preferences, income and quality of life.

Analysis of findings from Eurofound’s third European Quality of Life Survey explores the working time preferences of older workers. It finds that almost half workers aged 50 and over would prefer to work fewer hours, taking into account their financial need. A significant proportion of retirees not currently involved in paid work, would actually like to work for at least a few hours per week. Research has also examined how mid-career reviews can help to clarify workers’ options for remaining in work until a later retirement age.

At present, older workers often leave the workforce before statutory retirement age due to health problems, disabilities and care responsibilities. Many more people simply wish to work less, matching working hours more closely to their preferences. One way to motivate and enable people to work longer is to facilitate reductions of their working hours, while complementing the loss in income with a partial pension or benefit. A study by Eurofound explores the impact of such partial retirement schemes.

Pensions are a main source of income for many people in retirement. Reform of pension systems in recent years has focused on the sustainability of public pensions and on increasing the effective retirement age. Eurofound’s study on the social partners’ involvement in pension reform in the EU looks at reforms introduced in response to the economic and financial crisis, highlighting the role of the social partners in such reforms since 2008.

Women and men in retirement

Women retire earlier than men in most Member States, partly because they devote more time to looking after dependants than their male counterparts. But this is also likely to change in coming years with plans to increase the retirement age in many countries. Eurofound has looked at the case of older women workers in Europe and incentives to continue their increasing labour market participation, stemming earlier retirement.