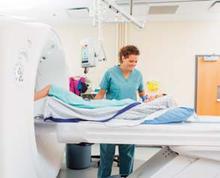 The internal migration of healthcare professionals from the central and eastern European Member States to ‘older’ Member States is a major concern and is high on the policy agenda in these countries due to the ensuing labour shortages in the sector. The adverse effects have also been recognised at EU level, as highlighted in Eurofound research.

A number of challenges for the health and social care sectors, identified by the European Commission’s 2012 Employment Package Towards a job-rich recovery, are specifically applicable to the newest EU Member States (referred to in this article as the EU11 – those central and eastern European countries that most recently joined the EU: the Czech Republic, Estonia, Hungary, Latvia, Lithuania, Poland, Slovakia, Slovenia (joined in 2004); Bulgaria and Romania (2007); and Croatia (2013) [1]).

Among the challenges identified in the package are: ‘an ageing health workforce with insufficient new recruits to replace those who are retiring; the emergence of new healthcare patterns to tackle multiple chronic conditions; the growing use of technologies requiring new skill mixes; and imbalances in skills levels and working patterns’. The package also recognises that demanding working conditions, alongside low and slowly growing wages, can hamper the recruitment and retention of healthcare workers. Moreover, it acknowledges that ‘maintaining an adequate supply and quality of health services under increased budget constraints is both a social and employment challenge’.

While the migration of health professionals from central and eastern Europe might be a solution to shortages in western European countries, the question is what solution could there be for the EU11 countries? This is all the more relevant now as those countries that are expected to join the EU within the foreseeable future may face a similar challenge; for example, a high number of health professionals from Bosnia and Herzegovina and Serbia are already present in Germany.

The available data, presented both in Eurofound’s 2013 report on mobility and migration of healthcare workers and in other research papers, have shown that the inflow of third-country nationals into most of the central and eastern European countries is marginal. In addition, it is questionable whether policies aimed at attracting health professionals from countries outside the EU could provide a long-term solution. In the case of the EU11, part of any future inflow will inevitably turn into transit migration, with the incoming migrants going onwards to more affluent EU15 countries (the Member States prior to enlargement in 2004). Experiences have already shown such patterns, with Ukrainians and to some extent Belarussians expected to transit through Poland, and Moldovans through Romania.

This means that inflow of third-country nationals to the EU11 cannot be a general panacea for the healthcare sector, even if, under special circumstances and in some regions, it can be part of a solution: for example, Estonia has attracted doctors from Russia, while Romania has drawn health professionals from Moldova.

At the same time, it has to be acknowledged that the high outflow of health professionals from the central and eastern European Member States has brought to light problems that healthcare systems in these countries have been suffering from for decades:

A long-term solution requires dealing with each of the problems at their roots. The countries concerned have no choice but to draw up a long-term strategy to tackle also the current challenges posed by the high emigration of health professionals. Among other matters, the strategy should address issues like the role of private schemes in healthcare provision, as well as the relationship between the newly emerging private actors and public authorities and institutions. At the same time, such a long-term strategy should be designed within the context of wider societal implications. For successful implementation, substantial investment is needed. In this case, EU support could also be a possibility in implementing the strategy. The ultimate aim is to prevent further, deeper division within the healthcare sector across the EU.

Although Croatia is included in this article, it was not covered in Eurofound’s 2013 report on the subject as it joined the EU after the report was published.