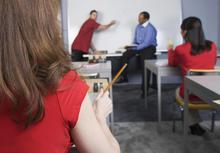 On 8 November, the European Commission published a memo on ‘EU measures to tackle youth unemployment’, quoting findings from Eurofound research on young people not in employment, education or training (NEET). It drew attention to the difficult situation facing young people and the high number of young Europeans (7.5 million) aged 15–24 who fall into the NEET category.

A group of 24 European leaders subsequently met in Paris on 12 November and agreed to mobilise €45 billion in an intensified effort to fight youth unemployment through the EU Youth Guarantee and other measures (see EurActiv video). According to Eurostat, in September 2013, the youth unemployment rate was 23.5% in the EU28, accounting for almost 5.6 million young people aged under 25 who are out of work. The aim of the funding is to reverse these rising unemployment figures over the next few years. Eurofound research highlights the high cost of this unemployment (€153 billion annually) and that investing in young people pays off.

Previously, the EU pledged €6 billion but this amount does not seem enough to achieve implementation of the Youth Guarantee. Therefore, €7 billion more per year will be added from the European Social Fund (ESF) and €6 billion from the European Investment Bank. This brings the total to about €45 billion to be spent on tackling youth unemployment between 2013 and 2015. The funding will commence on 1 January 2014 for those countries with plans in place to implement the Youth Guarantee.

On 28 November, Eurofound hosts a seminar on ‘The European Youth Guarantee – From concept to reality’ in Madrid. With the support of the Spanish Economic and Social Council, the event will bring together representatives of public authorities, workers, employers and youth organisations from Member States particularly affected by youth unemployment: Ireland (28%), Italy (40.4%), Portugal (36.9%) and Spain (56.5%) (Eurostat, September 2013). The discussion will focus on the challenges faced by these countries in tackling the high youth unemployment as a result of the crisis and also in implementing the Youth Guarantee.

Eurofound is monitoring the situation facing young people across Europe, particularly NEETs, and has also been researching the working conditions of young entrants to the labour market, as well as their labour market transitions. Job mobility could be one way of helping to tackle youth unemployment and could be further developed across the EU. Eurofound will soon present findings from current research on ‘Mapping youth transitions in Europe’.

Read more Eurofound research on the situation of young people in Europe.