Stamping out fraud in hiring practices across Europe 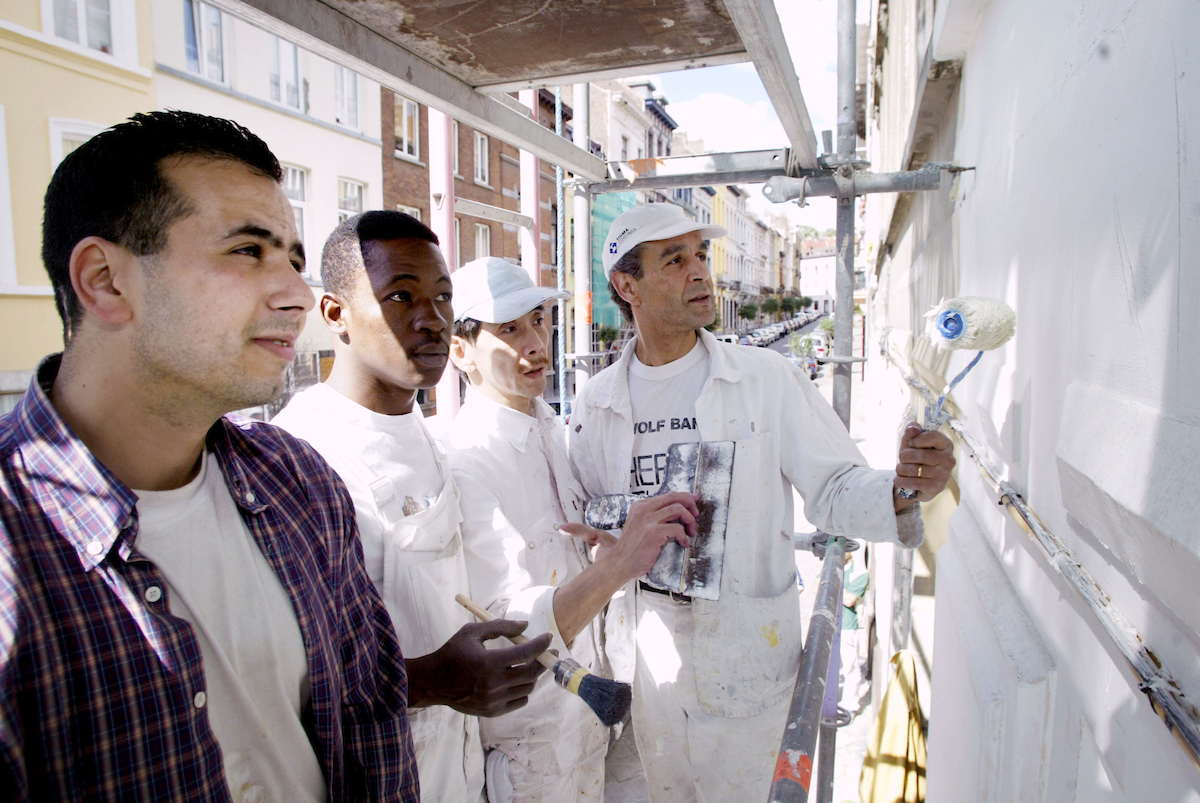 Research Manager Isabella Biletta looks at fraudulent practices in the contracting of work. Such practices involve the abuse of legitimate employment relationships with the aim of sidestepping labour and social regulations and with the effect of undermining workers’ rights and fair competition in business. The article is based on several years of Eurofound research on the subject.

Reports in the media of workers hired from other European Union countries undercutting the pay and conditions of local workers have stirred controversy over many years. While EU companies are allowed to ‘post’ their employees temporarily to another Member State, some companies abuse the rules on posting to hire workers on much lower wages and to avoid paying higher local social security contributions. Such publicity has pushed the problem of fraudulent contracting of work higher up the to-do lists of European policymakers.

Fraudulent contracting comes in other guises too. The recent debate around the status of Uber drivers and other platform workers has highlighted the perennial issue of bogus self-employment, where workers are employed putatively as contractors but whose actual status is closer to that of an employee. Then there is the practice of hiring workers on temporary basis to perform work of a permanent nature, enabling employers to avoid the obligations associated with having permanent staff. What all such practices have in common is that they disguise the real relationship between an employer and a worker under the mantel of a legitimate contractual relationship without meeting the conditions of that contract. Underlying all such fraud is an effort by an employer to cut corners in an attempt to reduce labour costs and increase their flexibility to hire and fire.

While most companies comply with the rules and regulations, fraudulent practices have to be tackled, as businesses that operate legitimately lose out, having to compete with companies that gain competitive advantage by unlawful means. And workers employed under these circumstances are being denied their basic rights, such as proper pay and the protections of labour law.

Contrary to the impression given by the media stories on posted workers, most fraudulent work contracting is domestic, not cross-border. Fuzzy definitions of certain employment statuses – such as apprenticeships or traineeships – allow for the rules to be bent. So, too, do regulations that are hard to interpret, as is the case, for example, with the Spanish ‘economically dependent self-employed worker’, which was created as a third status, between employee and self-employed. Such ambiguities, while creating uncertainty for businesses and workers, can be used to argue that ‘involuntary’ fraudulent situations arise as a logical outcome of the difficulty in implementing the rules. In addition, the lack of systematic inspection of employment arrangements means that businesses weighing the certainty of an immediate competitive advantage against less likely potential sanction might well opt for the fraudulent route.

Because unlawful practices are hidden under the cover of a legal contract, it is difficult to identify them and to sanction the companies involved. The workers employed in such circumstances are not usually in a position to object or to report their employer to the authorities. They are often the most vulnerable of workers, young or migrant, who cannot run the risk of being fired in retaliation.

Monitoring and enforcement bodies often lack the resources to deal with offenders; they also frequently lack the powers to enforce the law and punish abusers. The challenge of enforcement is made more complex when the misuse of various employment relationships is combined. This is especially common in cross-border employment practices, which may combine the posting of workers with the misuse of foreign employment agencies and self-employment contracts. Disentangling the layers of fraud is complicated and time-consuming. Moreover, dubious businesses facilitating such fraud can adapt almost instantaneously as the need arises, popping up quickly to take advantage of opportunities and disappearing when detected.

Many obstacles to enforcing compliance

Refusing to recognise the use of fraud jeopardises attempts to address the issue, but acknowledging these practices remains largely taboo. Business organisations rarely voice complaints about unfair competition. Some do not want to draw attention to fraud as a significant phenomenon for fear that their reputation and that of their members might be tarnished by association. Bodies representing SMEs, which are more affected by unfair competition, are more inclined to address the issue directly, as are a few organisations representing specific industries, such as construction.

Tackling fraud is not helped by the fragmented approach to monitoring employment, responsibility for which may come within the remit of several bodies, including labour inspectorates, social security institutions, customs services and tax authorities. These bodies are not always willing or able to share information or work jointly. This difficulty is exacerbated in situations with cross-border elements, where not only regulations and the demarcation of competences differ, but also procedures and languages.

The sector-specific nature of fraud is another factor that has to be taken into account. Eurofound studied three sectors – construction, road haulage and industrial cleaning – all of which have highly developed subcontracting and self-employment practices. Road haulage is characterised by strong international competition, industrial cleaning is largely a domestic industry, while construction is mixed in this respect. These characteristics give rise to different fraudulent practices: abuses in posting of workers are mainly seen in construction and road haulage, while unlawful use of non-standard employment contracts is widespread in industrial cleaning. In all three sectors, bogus self-employment and various forms of abuses of subcontracting exist.

Arguing for a holistic approach may sound like a worn-out mantra, but this is an issue that has to be tackled on multiple fronts. Definitions of specific employment relationships must be clarified and loopholes eliminated in parallel with improved coordination of inspection and enforcement. Advancing on both fronts simultaneously is key to avoiding the displacement of fraudulent practices. In Slovenia, for example, stricter regulation of fixed-term contracts successfully reduced their misuse but had the side-effect of increasing the abuse of other types of employment relationships.

The input of the social partners should be more actively sought. Their specific knowledge of sectoral characteristics can help tailoring responses to fraudulent practices. Collective agreements could include measures to support compliance or to protect workers, as in Italy, where a 2014 reform enabled collective agreement protection to be extended to formally self-employed workers.

Creating the conditions to favour reporting fraud is also important. Significant support should be offered to workers to encourage them to speak up. More effort must be made to inform them on their rights and obligations, but also their voices must be heard and represented, and their situations addressed in collective negotiations.

The European Union plays a major role. European institutions and social partner organisations not only contribute to awareness-raising (such as the campaigns launched by various European sectoral social partner organisations) but also devise rules that are transposed in national regulatory frameworks. These include, among others, the regulation of public procurements (so that evaluation criteria consider not only the cost but also social aspects and quality of the service delivered) and subcontractors’ liability. Several sectors have found opportunities to use transposed European directives for combating specific fraudulent practices in their industries. Improving transnational cooperation in identifying, monitoring, preventing and sanctioning abuses is paramount; in this regard, initiatives such as the European Platform on Undeclared Work (2016) and the recently announced European Labour Authority (2018) have a significant part to play.

The multifaceted nature of fraudulent hiring practices poses a particular challenge for policymakers. This challenge is destined to grow as the definition of an employee and the delimitation of a company evolve in the context of a transforming and increasingly digitising economy, changing the very terms of the relationship established when work is contracted. Building coordinated responses at various levels is the route forward to effectively combating multidimensional frauds in contracting work across Europe.