The involvement of social partners in national policymaking 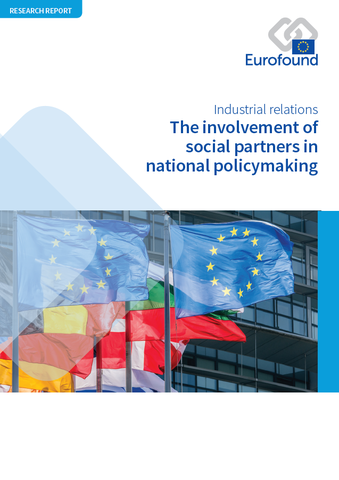 This report investigates the involvement of the national social partners in the design and implementation of reforms and policies in the context of the European Semester and countryspecific recommendations 2017–2018. In line with previous reports on the same theme, it also analyses the quality of the involvement of the social partners in elaborating the National Reform Programmes. The report assesses the timeliness and depth of this involvement in the respective national processes to implement reforms. Using examples of reforms implemented since 2017, the report also compares social partners’ involvement in 2018 with that in the former European Semester cycle. Overall, the picture that emerges is one of a stable, effective performance in most Member States, although some countries in which social dialogue has been deemed unsatisfactory show limited progress; in some other Member States, emerging issues and gaps may undermine the effectiveness of social dialogue.