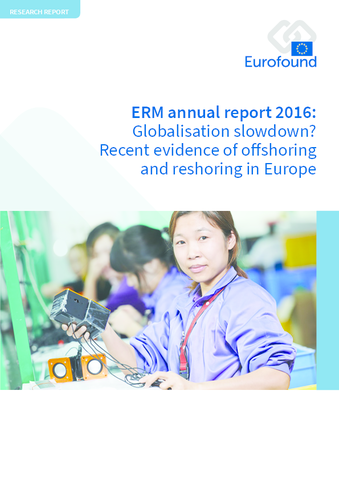 The 2016 annual report from the European Restructuring Monitor (ERM) provides evidence of the employment impact of recent restructuring activity in Europe based on the European Union Labour Force Survey (EU-LFS) and the ERM events database. The thematic part of this year’s report centres on trends in both the offshoring and reshoring activity of companies in Europe, with a focus on the manufacturing sector. ERM data indicates that offshoring has never been a large source of job loss in Europe, and the analysis finds that offshoring started to decline after the global financial crisis and has yet to recover. It also finds that offshoring has increased in eastern Europe while it has declined in western Europe. Evidence of reshoring is limited; what evidence exists suggests that it is a relatively minor phenomenon. An executive summary is available - see Related content.