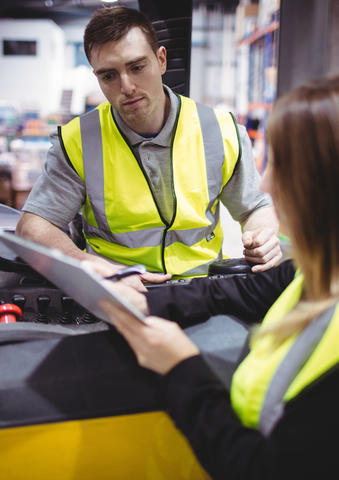 This EurWORK topical update summarises the views of European and national-level stakeholders on recent debates on implementing the principle of ‘equal pay’ for posted workers. Directive 96/71/EC foresees that posted workers must be granted the minimum standards of employment conditions applicRead more

This EurWORK topical update summarises the views of European and national-level stakeholders on recent debates on implementing the principle of ‘equal pay’ for posted workers. Directive 96/71/EC foresees that posted workers must be granted the minimum standards of employment conditions applicable in the host country, including the minimum rates of pay. Given the variety of interpretations of this concept and various cases of social dumping, concerns have been raised, resulting in the need for clarification. In March 2016, the European Commission presented a targeted revision of the rules regarding the posting of workers, which addressed the issue of posted workers’ pay and the implementation of the principle of equal pay for equal work. Stakeholders at European and national levels are divided on these issues.

A posted worker is ‘a person who, for a limited period of time, carries out his or her work in the territory of an EU Member State other than the state in which he or she normally works’ (Council Directive 96/71/EC).

One key consideration since the very beginning of the posting of workers’ regulation has been simultaneously guaranteeing freedom for businesses to offer services across the European Member States while ensuring standard working conditions for posted workers. Businesses should have a level playing field of competition, while it is expected that the principle of equal treatment for workers be implemented. Indeed, the Posting of Workers Directive 96/71/EC states that posted workers must be granted the ‘minimum standards of employment conditions’ that apply in the host country. One key element of the equal treatment principle – pay – has been extensively discussed.

The minimum rates of pay to which posted workers are entitled have been interpreted in very different ways by Member States and businesses. Concerns raised include the following:

The overall discussions taking place in 2016 at European and national levels highlight some key challenges in implementing the principle of equal treatment – especially the principle of ‘equal pay for equal work’ – in the context of cross-border posting of workers.

It has been argued – given its existence for over 20 years – that the Posting of Workers Directive needs to be revised and clarified, especially in terms of the issue of pay. The directive (1996) states that Member States shall ensure that workers posted to their territory enjoy ‘the host country’s terms and conditions of employment regarding minimum rates of pay’ (Article 3, paragraph 1 (c)), including overtime rates. Precisely how this is implemented depends on national law and/or the practices of the host country. Some flexibility in the application of this provision is allowed, and the directive states that nothing should prevent terms and conditions of employment that are more favourable to workers being applied. Further specifications are limited to:

Allowances specific to the posting shall be considered to be part of the minimum wage, unless they are paid in reimbursement of expenditure actually incurred on account of the posting, such as expenditure on travel, board and lodging (Article 3, paragraph 7).

This issue has been hotly debated, especially in the wake of several rulings from the Court of Justice of the European Union (CJEU), particularly the Viking ruling (PDF) and Laval ruling (PDF), questioning what should be included in the minimum rate of pay.

Addressing the issue of social dumping, the more recent Enforcement Directive (2014/67/EU) highlights the need to ensure that posted workers are paid their rightful wages and to empower social partners in communicating with and informing workers about relevant minimum pay rates. The directive indicates what can be considered part of this minimum:

For the purpose of ensuring that a posted worker receives the correct pay and provided that allowances specific to posting can be considered part of minimum rates of pay, such allowances should only be deducted from wages if national law, collective agreements and/or practice of the host Member State provide for this. (Entry 35)

This minimum is also discussed in the case of subcontracting liability:

Such measures may include the introduction on a voluntary basis, after consulting the relevant social partners, of a mechanism of direct subcontracting liability, in addition to or in place of the liability of the employer, in respect of any outstanding net remuneration corresponding to the minimum rates of pay and/or contributions due to common funds or institutions of social partners regulated by law or collective agreement in so far as these are covered by Article 3(1) of Directive 96/71/EC. (Entry 36)

In 2016, while most Member States were still in the process of transposing the Enforcement Directive, the European Commission issued a proposal to revise Directive 96/71/EC (PDF) on the posting of workers.[1]

This targeted proposal was motivated by the observation that posted workers might earn up to more than 50% less than their local colleagues – particularly in high-wage countries. The proposal clearly stated that posted workers shall generally benefit from the same rules governing pay and working conditions as local workers. It also stated that the principle of ‘equal pay’ should apply:

The principle of equal pay has been implemented through secondary law not only between women and men, but also between employees with fix term contracts and comparable permanent workers, between part-time and full-time workers or between temporary agency workers and comparable workers of the user undertaking. (Entry 5)

The new text proposed replaces the reference to ‘minimum rates of pay’ by a reference to ‘remuneration’ stressing that it includes:

all the elements of remuneration rendered mandatory by national law, regulation or administrative provision, collective agreements or arbitration awards which have been declared universally applicable and/or, in the absence of a system for declaring collective agreements or arbitration awards to be of universal application… . (Article 1 paragraph 2 (a))

More detailed features have also been specified by the European Commission:

Remuneration will not only include the minimum rates of pay, but also other elements such as bonuses or allowances where applicable. Member States will be required to specify in a transparent way the different elements of how remuneration is composed on their territory. Rules set by law or universally applicable collective agreements become mandatory for posted workers in all economic sectors. The proposal also gives the possibility to Member States to provide that subcontractors need to grant their workers the same pay as the main contractor. Nevertheless this can only be done in a non-discriminatory way: the same rule must apply to national and cross-border subcontractors. (European Commission press release, 8 March 2016)

The full article Pay inequalities experienced by posted workers: Challenges to the ‘equal treatment’ principle (PDF) has information on:

[1] This was done without adequate consultation with the social partners (PDF), according to a joint letter from ETUC, Business Europe, Ceep and UEAPME to President Juncker from 2 March 2016.