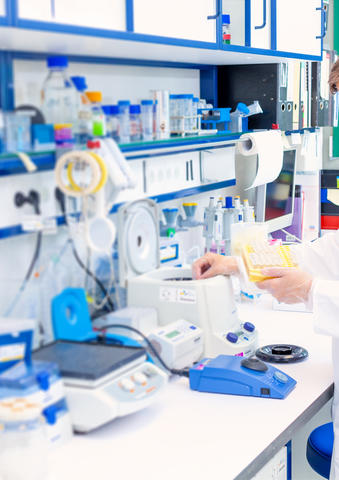 On the occasion of World Day for Safety and Health at Work 2015 (an annual international campaign to promote safe, healthy and decent work), this article presents some of the key developments and research findings on health and well-being in the EU from Q2 2014 to Q1 2015 – primarily in termsRead more

On the occasion of World Day for Safety and Health at Work 2015 (an annual international campaign to promote safe, healthy and decent work), this article presents some of the key developments and research findings on health and well-being in the EU from Q2 2014 to Q1 2015 – primarily in terms of improving the psychosocial work environment. The theme of the international campaign for 2015 is ‘building a culture of prevention’. In terms of psychosocial risks, some European countries have made progress towards a culture of prevention, but there is still a long way to go.

Links between work environment and health

The General Assembly of the United Nations designated 28 April as the World Day for Safety and Health at Work 2015. According to the International Labour Organization (ILO), a national occupational safety and health culture is one in which the right to a safe and healthy working environment is respected at all levels, where governments, employers and workers actively participate in securing a safe and healthy working environment through a system of defined rights, responsibilities and duties, and where the highest priority is accorded to the principle of prevention.

During the past year, various studies have continued to show the links between some working conditions and workers’ health and thus their work ability. For example, such psychosocial risks as having a poor work–life balance, experiencing violence and harassment, and exposure to high work pressure are related to problems with well-being and mental health at work.

Two recent Norwegian studies are good examples. First, a study entitled Psychological and social work factors as predictors of mental distress, published in 2014, highlights the importance of expanding the range of risk factors beyond commonly studied concepts like the demand–control model and the effort–reward imbalance model. Moreover, this study reveals the importance of focusing on both risk factors and protective factors at work to prevent mental distress among workers.

A second study examines workplace bullying as an antecedent of mental health problems. It shows that workplace bullying poses a serious long-term threat to the health and well-being of workers. Violence and harassment is still reported as a problem in specific sectors in most European countries, particularly the health and care sector in the Czech Republic, Norway, Poland and the UK.

Absenteeism and incapacity to work due to mental health

Eurostat ad hoc modules covering the period 2007–2013 on accidents at work and other work-related health problems confirm a longstanding trend of increases in the number of persons reporting exposure to risk factors that can adversely affect mental well-being. Such risk factors include bullying or harassment, violence or the threat of violence, and time pressure or work overload. The figure shows that larger increases are found in Luxembourg, Portugal, Belgium and Greece (of between 16% and 47%). In terms of the total proportion of workers reporting exposure to risks in the LFS 2013, Austria, Finland, France, Luxembourg and Sweden are above 40% (in the case of France, in 2007 the rate was higher than 40%, but no data are available from 2013). However, in Bulgaria, the Czech Republic, Denmark, Lithuania, Poland, Romania and Norway the proportion is lower than 20%.

Over the same period (2007–2013), accidents at work have declined in most countries. During 2013–2014, accidents at work and absenteeism due to accidents at work further declined in some countries such as France and Spain. Despite this general trend of decline, in some countries the rates of accidents have recently started to pick up – for example, Hungary, Ireland and Spain. In the context of a long-term decline in workplace accidents in Europe, the figures seem to confirm the close relation between accident rates and economic trends and changes in the sectoral composition of the economy: for instance, accident rates grow when the economy grows, especially if this growth generates employment in traditional sectors like construction and agriculture.

However, a more constant and common trend is growing absenteeism and incapacity to work due to mental health problems (Austria, Belgium, Germany) and stress (Sweden); nor has the incipient economic recovery reduced the number of stress-related problems reported (UK). In its annual report 2013, the National Institute of Health and Disability Insurance in Belgium revealed that 320,000 workers received an allocation for incapacity to work. The figure has continued to grow since then. One of the reasons for the increase is mental and social disorders, including burnout. In the Netherlands, psychosocial risks at work are estimated to cost €2.7 billion, about 58% of all work-related costs of absenteeism. These trends are forcing social partners and governments to deal with this increasing concern in one way or another.

At EU level, Eurofound and the European Agency for Safety and Health at Work (EU-OSHA) published in 2014 the joint report Psychosocial risks in Europe: Prevalence and strategies for prevention. The report presents comparative information on the prevalence of psychosocial risks among workers and examines the associations between these risks and health and well-being. In 2014, EU-OSHA also launched the two-year Europe-wide campaign ‘Healthy workplaces manage stress’, while EU social partners in some sectors (for example, transport) developed recommendations and guidelines for preventing psychosocial risks. The new EU Strategic Framework for Health and Safety at Work 2014–2020, published in June 2014, does not highlight psychosocial risks prominently, but it intends to improve prevention of work-related diseases by tackling new and emerging risks such as psychosocial risks.

Recent examples of relevant initiatives to tackle psychosocial risks in the form of regulation, guidelines, inspection or social partner agreements were found in Austria, Belgium, Denmark, France, Slovakia and the UK.

The greater level of awareness of psychosocial risks at the workplace seems to be leading to demands for more regulation across Europe, particularly in France, Germany and Sweden. More specifically and in relation to the possible harmful effects of excess use of ICT outside the workplace, in some sectors social partners have signed agreements that include provisions to limit the use of ICT devices to communicate during certain times of the day. In France, concerns over the effect of poor work–life balance would appear to be behind a well-being agreement in the engineering sector and among consulting firms. Signed in April 2014, it stipulates that the employee has an ‘obligation to switch off remote communication devices during minimum rest periods of 11 hours per day’.

However, in other parts of Europe interest in the phenomenon is still limited. In Estonia, a study has shown that there is a low level of understanding of violence and harassment in the workplace; it suggests ways to raise awareness and tackle such problems.

Importance of involving all actors

Some studies confirm the need to involve all stakeholders in prevention measures, including workers. For example, a recent study from Denmark’s National Research Centre for the Working Environment (NFA) reveals that employee participation in the planning of working time improves the working environment (in Danish). The study is based on the results of interventions in 14 jobs with irregular working hours. Employees were introduced to an interactive work schedule system, where they could plan their own working hours. The study revealed that it had a positive impact on the psychosocial work environment.

In the Netherlands in December 2014, the Ministry of Social Affairs and Employment published a research report on care and reintegration of employees and people receiving benefits who have psychosocial complaints. The report stressed the importance of cooperation between all actors involved and proposed the launching of several pilot projects.

For the future sustainability of work, employers, workers and governments should closely monitor trends in relation to psychosocial risks – and not just provide recommendations or legislative provisions, as they are doing in some countries. They should assess outcomes of measures and initiatives to guarantee a productive and healthy future for European workplaces, reducing the present levels of absenteeism and incapacities related to mental health. A precondition for that is to develop a psychosocial risks prevention culture. In this regard, it is clear that involving workers leads to positive outcomes.

This article is based mainly on contributions from Eurofound’s Network of European correspondents. Further resources on individual employment relations can be obtained from Eurofound’s European Working Conditions Survey (EWCS) and from the EurWORK page – Health and well-being at work.