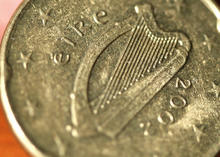 The following article, originally written by Brian Sheehan from IRN Publishing for Eurofound's European Observatory of Working Life (EurWork), gives an overview of the reasons behind the decision to raise Ireland's National Minimum Wage (NMW) to above the 2007 level for the first time. The new rate was implemented on 1 January 2016, and followed on from a recommendation in the Low Pay Commission’s first annual report to increase the NMW by 50 cents per hour to a new hourly rate of €9.15.

In January 2016 the then Minister for Business and Employment, Ged Nash, and the Minister for Skills, Research and Innovation, Damien English, welcomed the introduction of the new NMW rate, estimating that some 124,000 workers will benefit from the increase. Mr Nash said the increase to the NMW was the second one by the Fine Gael-Labour coalition Government during their term of office from 2011, because one of its first acts was to reverse a cut of €1 per hour to the minimum wage introduced by the previous government, adding that the increase will benefit a minimum wage worker by €60 a week, or more than €3,000 a year (when factoring in the reversal of the previous government's cut in the NMW).

Mr Nash explained that employers’ Pay Related Social Insurance (PRSI) thresholds were also adjusted from 1 January, ‘to ensure that an increased PRSI burden does not fall on minimum wage employers’. He said he was ‘acutely aware that the rising economic tide may not yet have reached every business’.

The decision to pay the increase follows the first report of the Low Pay Commission, an independent body tasked with considering the appropriate rate of the NMW. The Commission, which is made up of representatives from industry, workers and independent academic members, recommended the increase in July 2015. In its report, the Commission set out a range of data it had considered in recommending the 50 cent increase. However, three members of the Commission did not agree with the findings of the other members. Patricia King, the General Secretary of the Irish Congress of Trade Unions (ICTU); Gerry Light, Assistant General Secretary of the Mandate trade union; and Edel McGinley Director of the Migrant Rights Centre Ireland (MRCI) all called for the NMW to be increased to €10 an hour.

The Commission consulted with many interested parties before drawing up its report. In making its recommendation, the Commission set out a range of issues to consider, including:

Mr Nash then asked the Commission to look at ‘sub-minima’ rates for younger workers and to consider why so many women are on the minimum wage. He said: ‘Given the preponderance of women in low paid jobs, I have asked the Low Pay Commission to help us come to a better understanding of why this is so, and what might be the underlying reasons for it.’ Sub-minima rates are paid to those under the age of 18; those still on their first or second year of work; and those undertaking training. These rates range from 70% to 90% of the NMW, but rise pro rata with the NMW increase from 1 January. The new minimum wage for workers aged under 18 is €6.41 per hour; those who are 18 or over and/or in their first year of work get €7.32 per hour; those who are over 18 and/or in their second year of work get €8.24 per hour. Trainee rates rise by the same percentage.

The Department of Jobs, Enterprise and Innovation (DJEI) opened a consultation with stakeholders on a University of Limerick report that found that while so-called ‘zero-hours’ contracts are not used as extensively as had been feared, a new type of precarious work was becoming more common. Known as ‘if and when’ contracts, employers offer work if and when they have it available, and workers can choose to accept or refuse it. Due to the result of the recent Irish General Election, the outcome of the consultation, which closed in January, will now be a matter for the next government.

The decision by the UK Government to introduce a statutory living wage put this issue centre stage in the lead up to the election. The ICTU had already asked candidates and political parties in advance of the election, to pledge themselves to the introduction of a living wage of €11.50 an hour. The concept of the living wage is based on the estimated minimum amount an individual needs for his/her basic requirements. In the UK, Chancellor George Osborne announced in his summer budget of 2015 that the British Government was making its National Living Wage compulsory for workers over 25 years of age. The level of the wage is calculated by the government and is higher than the NMW. In Ireland, the level of the living wage has been estimated by groups such as trade unions to be €11.50 per hour, but its implementation is entirely voluntary. A small number of non-union firms in Ireland, such as the supermarket chains Aldi and Lidl and the household goods firm IKEA, have announced the introduction of the living wage – all three companies have a very visible presence in Ireland. The NMW remains the statutory legal minimum in Ireland