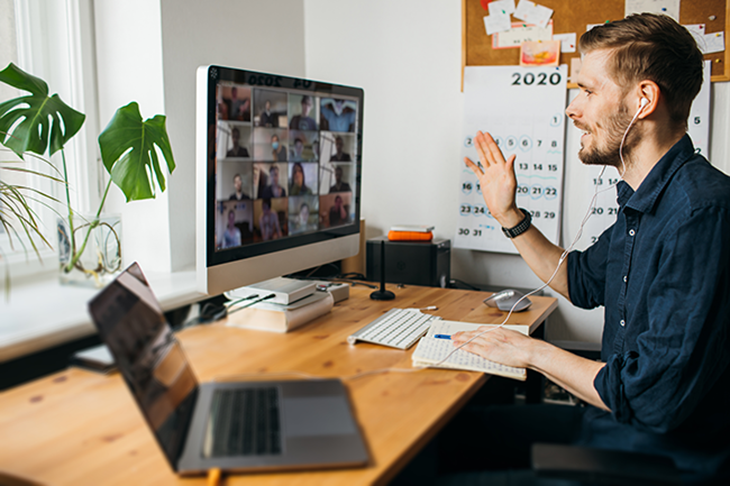 As Europe braces for a winter wave of the Coronavirus, behind the public health indicators that rightly dominate the headlines, a revolution in working life is under way. In early spring, millions of people throughout Europe took their work home and tried to rapidly adjust to the new world in which they found themselves. The unfolding changes in working life from this sharp shock look set to be a 'révolution tranquille', where longstanding principles and practices could be fundamentally changed for decades to come. The decisions that are made now will ultimately determine the nature of how this revolution will unfold, and what it will mean for workers and employers alike.

In early March, different European leaders took to the podium in quick succession to announce that life as we knew it was over – at least for the present. Those who could work from home or remotely were to do so immediately, those who worked in ‘essential’ occupations were to do so in a new way, and those who did not fit into those categories were to hold tight for developments. Overnight, working lives in Europe shifted further online, and jobs were reimagined according to the new context. But some of those tucking laptops under their arms and relocating to kitchen tables and spare rooms were much more accustomed to teleworking than others.

A joint study by Eurofound and the European Commission of Europe’s ‘teleworkability’ shows that, while the rates of people working from home had been growing during the decade preceding the crisis, it was by no means commonplace across Europe, and there were large differences between Member States. This was in part due to the predominance of different economic sectors at national level, but also due to infrastructure and working cultures. In 2019, 31% of people employed in Sweden worked from home sometimes, and more than one in five employees in Denmark, Luxembourg and the Netherlands indicated that working from home was not an alien concept to them. By contrast, just 0.6% of those employed in Romania worked from home sometimes in 2019, and the figure was less than 2% in Bulgaria, Cyprus and Italy.

The magnitude of change since then has been startling. Eurofound’s Living, working and COVID-19 report, which details the social, economic, labour market, and quality of life situation of 87,477 people across the EU, shows that 40% of paid hours worked by employees were performed from home during the COVID-19 crisis. In Belgium, over half of employees (52%) indicated they worked from home exclusively during the pandemic, and similar numbers were recorded in Ireland (47%), Italy (47%), Spain (45%) and France (43%).

However, such rapid change does not come without disruption and difficulty. Many employees were ill-equipped for telework, often literally, with less than half (47%) indicating that their employer had supplied the necessary equipment to work from home. It also brought significant disruption to work–life balance – disproportionately so for women with young children. In total, 22% of respondents working exclusively from home reported difficulty concentrating on work because of family obligations, compared to 8% of those working in other locations.

Eurofound’s research on the impacts of the pandemic notes that people who teleworked tended to be relatively privileged, as evidenced by high levels of educational qualifications and economic resilience. With the exponential growth in the digital economy and entire economic sectors moving online in such a short period of time, there is a need to be vigilant for the amplification of existing inequalities.

In our new socially distanced world, the services provided efficiently by the platform economy have been a lifeline for many. At the same time, the pandemic has further increased the market dominance of a small number of providers, highlighting the oligopolistic trends of the broader industry. Lack of sick pay, and a tightening labour market, have obliged many platform workers to keep going at the expense of their own safety and health.

Research shows that the platform economy is on a precipice. It has significant inherent opportunities and benefits and could be a vehicle for fostering entrepreneurship, regularising undeclared work and furthering the provision of services in the public interest. However, it does have the potential for the exploitation of workers, and with workers increasingly untethered from workplaces, there is a risk that workplace protection and minimum wage rates could be undermined, particularly for online-based work. At the same time, when telework is arguably becoming the sphere of the digitally privileged, we must ensure that platform work does not become domain of the digitally disadvantaged.

While the unchecked expansion of the platform economy could leave some workers locked out of standard employment, there are vast swathes of Europe locked out of Europe’s new digital decade entirely. In rural areas, 40% of people still do not have access to fast broadband connections, [1] and without these connections, it is increasingly difficult to run a business, participate in home learning, access e-health services or even shop for essentials during the most stringent restrictions. It also risks exacerbating growing economic inequalities between capital regions and rural Europe, with employment in EU capitals already outstripping that of other regions in the two decades prior to this pandemic. [2] Like platform work, Europe’s rural–urban relationship is at a crucial juncture. The physical decoupling of workers from their workplaces means that they do not have to live in urban areas; quality of life can be improved and economic balance restored by decentralisation of populations and economies. But broadband is the railway of the 21st century, and for too many, there is simply nowhere to go.

Overcoming these challenges will not be easy or straightforward, and they necessitate coordinated action. COVID-19 has been tragic for Europe and the world, but it may give us the clarity and urgency to deal with lingering and growing issues that were evident long before the spring of 2020. Ultimately, Europe will be what we want it to be, and the decisions made now will define what it will look like for years to come. But the quiet revolution in working life has begun, and there is no turning back.