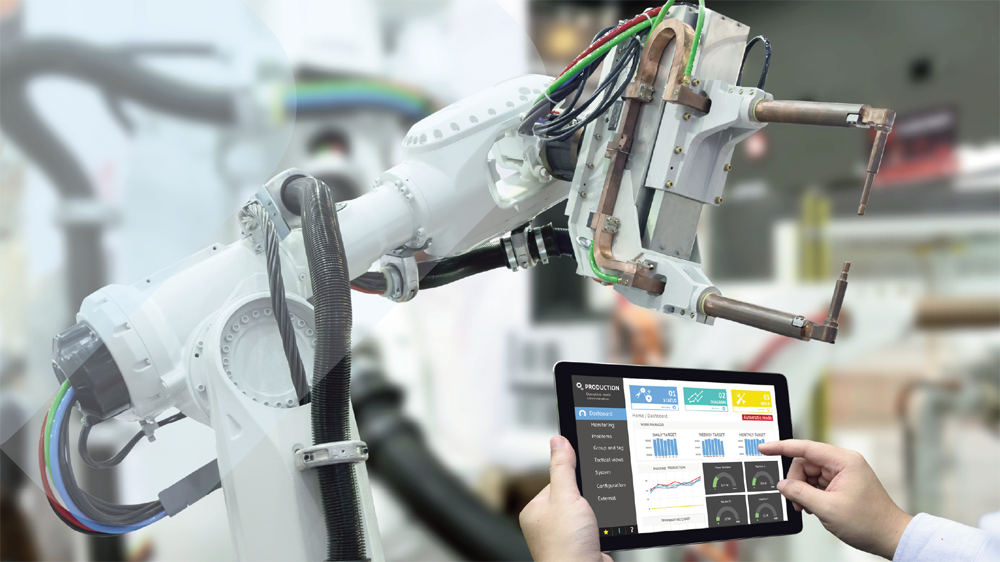 Digital technologies are transforming work, but the implications have not yet been fully grasped. In a recent Eurofound report, we focus on three main vectors of change to discuss the effects of digital technologies on work and employment and the policy responses such change demands.

Why study the social implications of digital technologies now, decades into the digital revolution? The microprocessor was invented in the early 1970s, computers became household appliances in the 1980s, and the internet started recasting culture and commerce in the late 1990s. But as economic historians such as Carlota Pérez have argued, it takes decades for technological revolutions to fundamentally transform the nature and structure of economic activity. Precedents such as the steam engine or electricity show that work practices, cultural values and institutional frameworks have a certain degree of inertia or even active resistance to the assimilation of new technologies. For some time after the introduction of electricity in factories in the early 20th century, for example, they remained organised around large central engines, as was required by steam technology. Only after a while did the engineers realise that electricity allowed a more flexible and efficient modular organisation of production around smaller electric engines.

The history of technological revolutions also shows that they have generally been associated with significant redesigns of economic institutions and policies. The reason is that they involve a fundamental transformation of the nature and structure of economic activity, which renders the existing regulations and policies obsolete. Without institutional redesign, new technological paradigms can lead to widespread social dislocation and political unrest. For example, the last big technological revolution – that of Fordist mass production, the automobile and big oil, in the terrible decade of the 1930s – was followed by deep political and economic crises across Europe and North America. These crises were only resolved when capitalism reformed itself along the lines of Keynesianism and welfare policies, producing the institutional framework of work and employment that remains dominant today (although not intact).

Society at a turning point

All the evidence suggests that we are now at a similar turning point. Digital technologies are starting to fundamentally transform economic processes, challenging the existing socioeconomic and institutional structures. The growing inequalities and increasing political conflict of recent years are to some extent consequences of the digital transformation. It is crucial to understand its implications, in order to be able to regulate it better, so that we can benefit from its innovative and productive potential but without destabilising our social and political systems.

So the key question is: how is the digital revolution affecting work and employment? To answer this, in a recent Eurofound report, we propose to differentiate three broad categories of combined applications of digital technologies in economic processes. These ‘three vectors of change’ rely on infrastructures, technologies and skills that are already widely available after four decades of digital revolution. They correspond to the second, mature stage of this revolution.

The first of these vectors of change is automation. We define it as the replacement of people by machines for some types of tasks within the production process. Of course, automation is not new: it is as old as the use of machinery. What is new is the use of algorithmic control of machinery and digital sensors, with ever-increasing computing power, which multiplies the range of tasks that machines can carry out. Before the digital revolution, the tasks that could be automated were mostly routine tasks of a physical nature. The digital revolution immediately made it possible to automate routine tasks of an intellectual nature (such as paperwork). Now artificial intelligence is starting to automate non-routine tasks, both physical and intellectual, as exemplified by driverless cars and computerised translation services. The final frontier is the whole domain of social tasks, tasks whose purpose is human interaction itself (in health and entertainment, for instance). By definition, social tasks can only be performed by humans or by machines that are indistinguishable from humans, which seems a distant prospect at present.

The second vector of change is digitisation. By this, we do not mean the general rise in the use of digital technologies, but more specifically the use of sensors and rendering devices to translate parts of the physical production process into digital information and vice versa. The processing, storage and communication of digital information are vastly more efficient and cheaper than the equivalent for analogue information; by digitising production, the capacity to understand, control and manipulate it increases enormously. Specific technologies and applications such as the Internet of Things, 3D printing and virtual or augmented reality are blurring the boundaries between the physical and the digital realms in production, enabling what some people call ‘cyber-physical production systems’. This raises concerns around the infringement of privacy and autonomy in the workplace. Cyber-physical factories can become digital panopticons, where every object is a surveillance device, and algorithms control every action of workers.

The third and final vector of change is platforms, which we define as digital networks that coordinate economic transactions in an algorithmic way. Platforms such as Uber or Airbnb perform functions traditionally performed by markets and business separately: on the one hand, they provide a space and a coordinating mechanism for transactions between buyers and suppliers of a good or service (as a market would do); on the other hand, they incorporate a set of algorithms that directly monitors and manages the transaction (as a business would do). Thus, they are both markets and businesses: in fact, they transcend both, since their coordinating efficiency leads to the creation of new markets. But they are also potentially very disruptive to work, institutions and society. The existing regulation of employment relationships, social security systems, and so on presupposes a distinction between markets and business that does not apply to platforms. This puts them in an institutional limbo in which the rights of workers, consumers and even traditional competitors are not protected at the same level as in the traditional economy. This was to be expected, since as we have argued, technological revolutions require institutional transformations.

Although each of these three vectors of change refers to a different cluster of digital technologies, with different implications for work and employment, they are strongly related and synergetic. Digitisation does not necessarily imply automation, for instance; a work process can be digitised but all the tasks may be carried out by humans – an example is psychological counselling provided in a virtual reality environment, with a real psychologist and a real customer behind digital avatars. But digitisation certainly facilitates automation: a digitised work process generates a vast amount of information that could facilitate its automation. And vice versa: robots are automated tools but also digitising devices, since they need detailed digital information on their environments to operate.