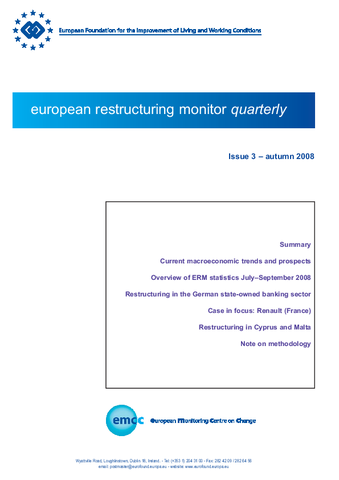 The commitment of hundreds of billions of euros and dollars by the public authorities to the banking systems in the major developed economies in September and early October 2008 has only partially stemmed the malaise in the global financial system. The third issue for 2008 includes: Current macroeconomic trends and prospects; an overview of ERM statistics for July-September 2008; restructuring in the German state-owned banking sector; case in focus: Renault (France); restructuring in Cyprus and Malta.
Useful? Interesting? Tell us what you think. Hide comments