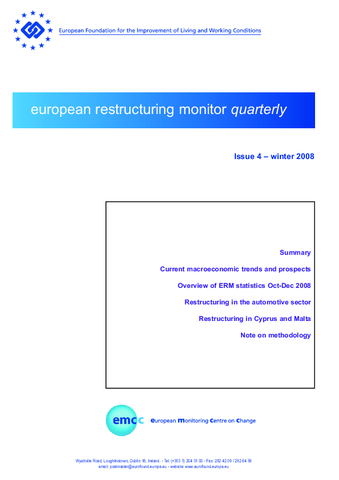 After a dramatic final quarter of 2008, the European economy is facing a sharp slowdown in economic activity. The euro zone is officially in recession with the EU27 likely to follow. The fourth issue for 2008 includes: Current macroeconomic trends and prospects; an overview of ERM statistics for October-December 2008; restructuring in the automotive sector; crisis in the Swedish automotive industry; restructuring in Cyprus and Malta.