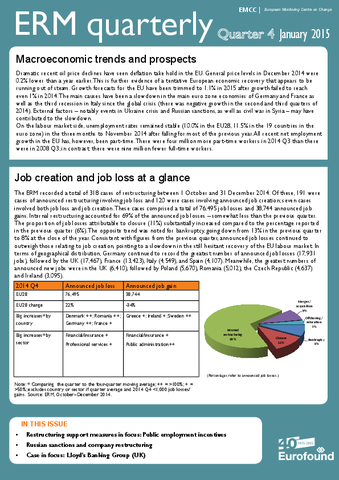 Dramatic recent oil price declines have seen deflation take hold in the EU. General price levels in December 2014 were 0.2% lower than a year earlier. This is further evidence of a tentative European economic recovery that appears to be running out of steam. Growth forecasts for the EU have been trimmed to 1.1% in 2015 after growth failed to reach even 1% in 2014.