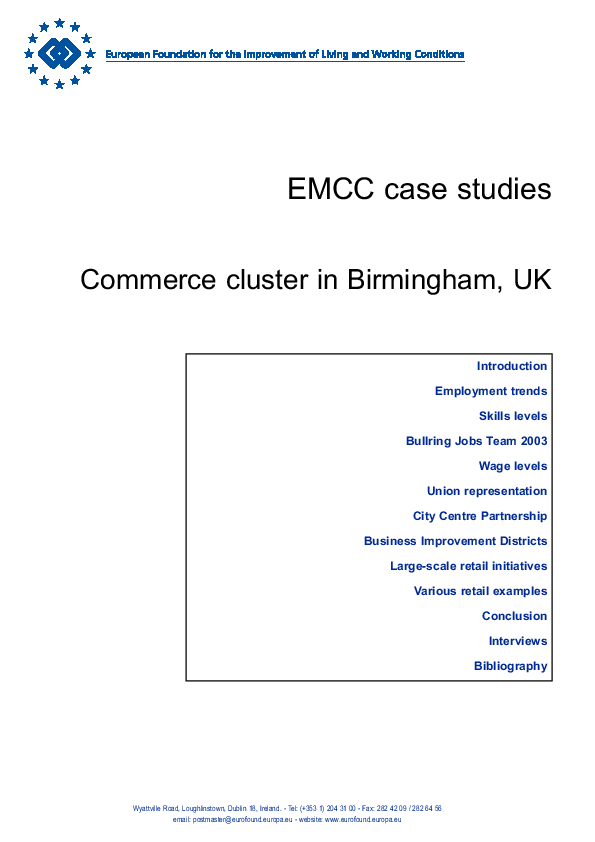 Download PDF
Birmingham is the regional capital of the West Midlands, which has a population of 5.3 million, a workforce of nearly 2.5 million and a client base of 182,000 companies. The city of Birmingham has a population of just over 1 million people. As a region, the gross value added (GVA) for the West Midlands is over ₤61.5 billion, while the GVA for Birmingham is ₤11.8 billion. Birmingham’s reputation as the powerhouse of the United Kingdom’s manufacturing sector was shaped in the Industrial Revolution of the 18th century. Traditional industries such as automotive and engineering remain a crucial part of the region’s success, but today, through a period of diversification, Birmingham has become a focal point for the development of knowledge-based industries, telecommunications and information technology.
keywords