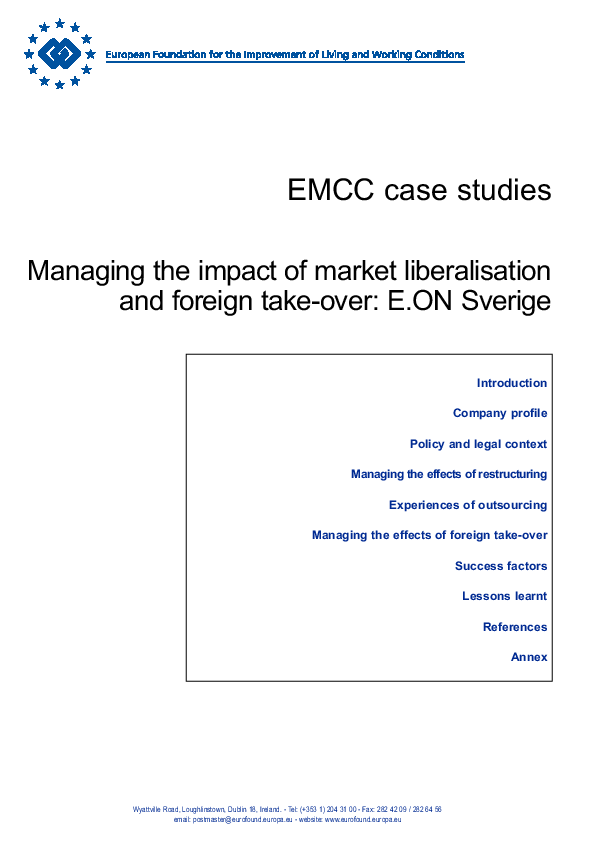 Download PDF
E.ON Sverige AB is the second largest energy producer in Sweden and, with about 6,000 employees, is also one of the largest employers in the country. (E.ON Sverige AB was known as Sydkraft AB until 2005; however, the company will be referred to as E.ON Sverige throughout this study in order to avoid confusion.) The structure and occupational profile of E.ON Sverige has seen marked changes over the past decade. After a string of mergers and acquisitions, de-layering and restructuring has taken place to cut costs and increase responsiveness in the drive towards a more customer-focused business.
keywords