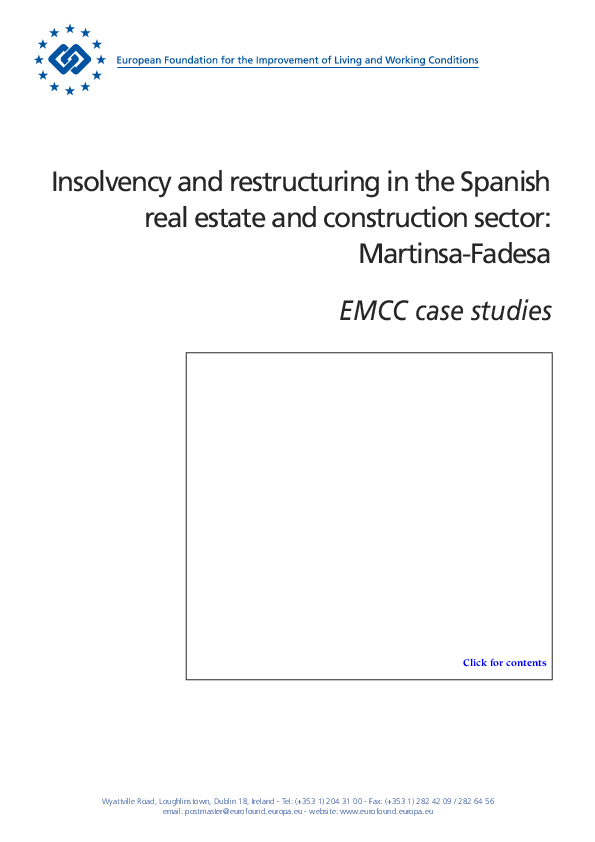 Martinsa-Fadesa is one of Spain’s largest main real estate and construction groups. Formed in 2007 by the merger of the companies Fadesa Inmobiliaria and Martinsa, the company went into administration on 15 July 2008 after failing to service its outstanding debts. Martinsa-Fadesa, created through Martinsa’s debt-financed €3.5 billion takeover of Fadesa in 2007, decided to file for administration proceedings under Spanish law after failing to raise the €150 million of fresh equity needed to complete a €4 billion debt refinancing deal with the banks.