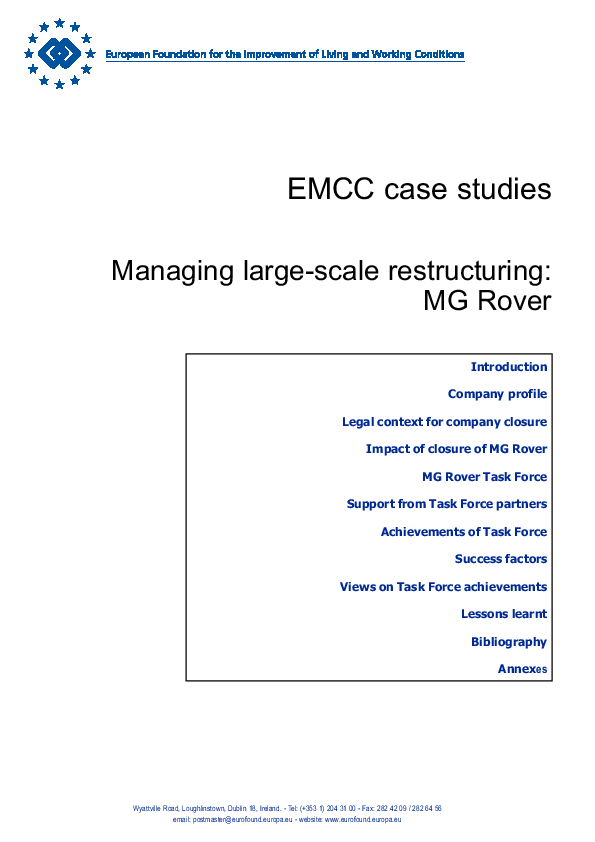 Download PDF
MG Rover has a history going back to 1906 when the Austin Motor Company opened in Longbridge, in south-west Birmingham. It traded for almost 100 years, under various names, and came to be regarded as a symbol of the UK car manufacturing sector. The company was owned by BMW from 1994 until 2000, when it was sold to Phoenix, a consortium of local businessmen. This company was not successful and eventually closed in April 2005. Almost 6,000 MG Rover workers based at its one site, in Longbridge, were made redundant overnight, and about 7,000 jobs among the company’s suppliers were put at risk.
keywords