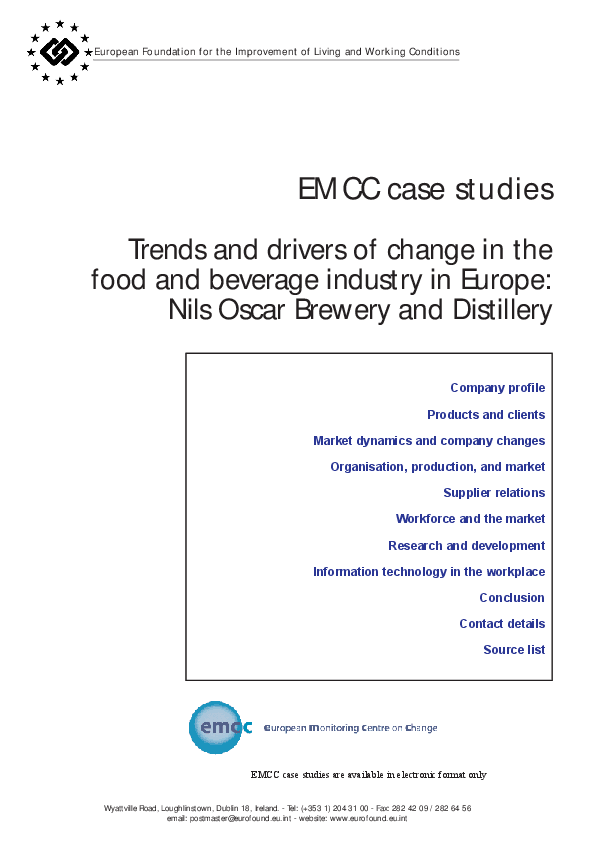 Download PDF
In terms of turnover and production volume, the Stockholm-based Nils Oscar Brewery and Distillery is one of the largest microbreweries in Sweden, supplying high quality beer and spirits, mainly in the Stockholm area. The company was established in 1996 by six beer and spirits enthusiasts under the name Kungsholmens Kvartersbryggeri and soon after changed the name to Tärnö Bryggeri. It was renamed Nils Oscar Bryggeri & Bränneri AB in 1997 when one of the founders, Karl-David Sundberg, bought out the other five and became the sole owner of the company.