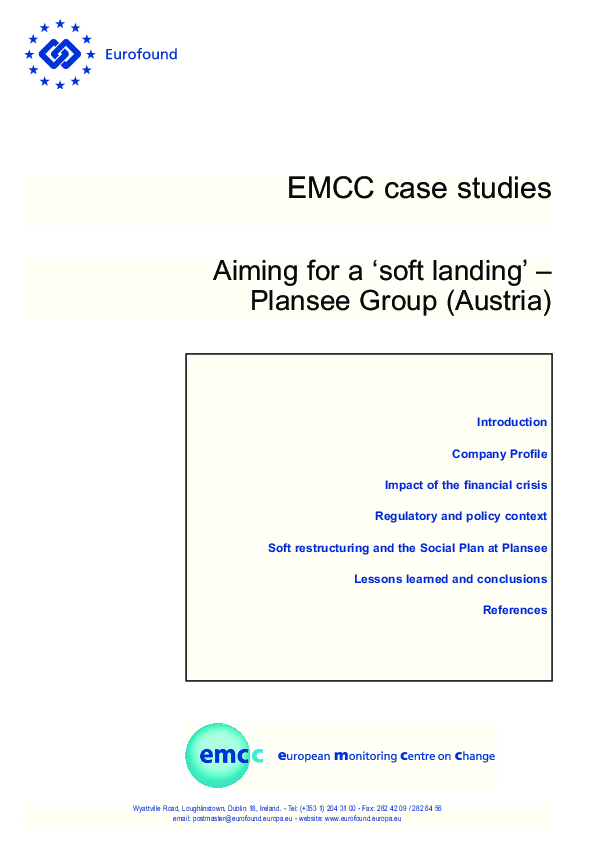 This case study looks at the way in which the Plansee Group in Austria has sought to ensure a ‘soft landing’ for employees affected by the global economic downturn. Having seen a collapse in demand in 2008, primarily in the parts of its business supplying metal products to the ailing vehicle manufacturing industry, Plansee Group has nevertheless been able to avoid involuntary redundancies by making a significant investment in retraining and by making use of shorttime work arrangements.