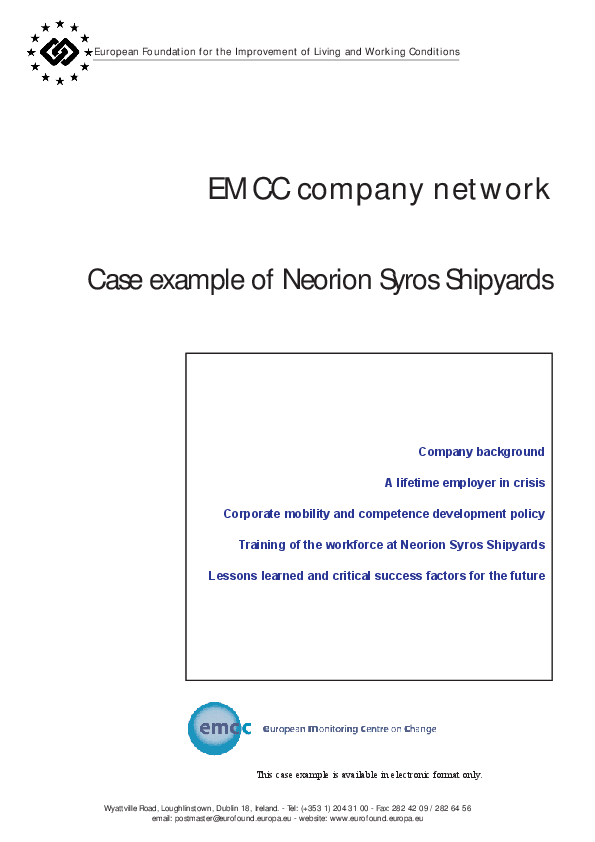 Download PDF
Syros Shipyards, currently known as Syros Shipbuilding and Industrial Enterprises, was founded in 1861, making it the oldest shipyard in Greece. It was privatised in 1994 and is now part of Neorion Holding S.A., a company that owns shipyards in both Syros and Elefsis. The European shipbuilding industry has been in severe crisis for several decades because of competition with low labour cost countries and, more recently, because of the high exchange value of the euro. In Greece, additional challenges include an ageing workforce and inflexible labour relations. Over a twenty year period the number of employees in the whole Greek shipbuilding industry has dropped from about 10,000 employees to 3,500.
keywords