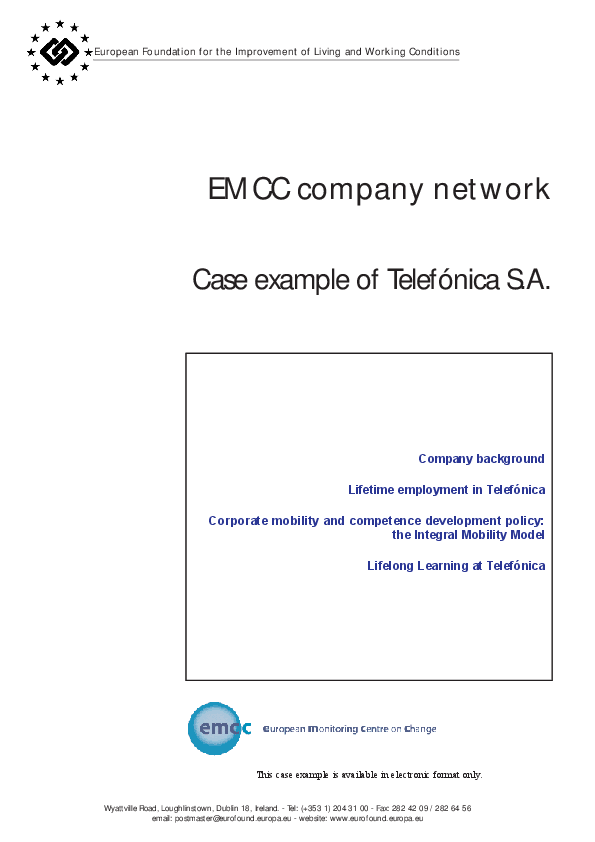 Download PDF
The Spanish company Telefónica is one of the world’s largest telecommunications companies with a strong presence in Europe, Africa and Latin America. In June 2006, it had around 220,000 employees, representing a growth of 23.5 per cent compared with the previous year. This growth was partly an effect of changes in the accountancy consolidation perimeter relating to its Atento group subsidiary. The worldwide spread of Telefónica presents major challenges for the development of a human resources policy capable of meeting the needs of every individual employee.