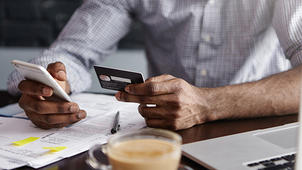 Lloyds Banking Group is investing £3 billion (€3.35 billion) in technology and staff to improve its digital services. As a result, the Group has announced that it is cutting over 6,000 existing positions while creating 8,000 new jobs oriented towards digital technologies. The move reflects the growing shift towards digital service provision by the world’s biggest banking firms, with the amount of transactions in high-street banks falling and those online increasing.

Lloyds’ modernisation drive has continued apace since it returned to fully private ownership in May 2017 following a UK government bailout in 2011 in the aftermath of the financial crisis. In February 2018, the bank launched a three-year strategic plan, investing £3 billion (€3.35 billion) in digitisation. Much of the plan is technically focused, with a strong emphasis on simplifying and modernising the bank’s information technology. But it is accompanied by a retraining push increasing employee training time by 50%.

Over 6,000 existing jobs will be cut, affecting various segments of the bank, including the retail, corporate and group transformation divisions. Meanwhile, 8,000 new jobs will be created in Lloyds’ digital strategy operations. The bank said that 75% of the new positions would be filled by existing staff, who will undertake comprehensive training, but some specialist roles, such as data scientists and software engineers, will be recruited externally.

A spokesperson for the Unite trade union condemned the announcement and highlighted the negative consequences this move will have on the confidence of the workers, who have had to bear continuous job cuts, branch closures and constant upheaval over the last decade. Eurofound’s European Restructuring Monitor (ERM) has recorded 35 restructuring events in the UK involving Lloyds since 2009; in total, these restructurings have resulted in 52,660 announced job losses and 2,670 jobs created. Employee numbers in the UK have fallen from over 110,000 in 2012 to just over 75,000 as of 2017. In September 2018, the bank announced plans to close 15 more branches across the UK between January and March 2019. Unite will be pressing Lloyds to guarantee that the latest redundancies will not be compulsory.

Lloyds has also been innovating with its customer services. It has shrunk many of its branches into ‘micro’ versions staffed by as few as two people equipped with mobile tablets to help customers do basic transactions such as payments. It is also operating mobile branches that travel to more remote, rural communities. Lastly, the bank is helping people, small businesses and charities improve their digital skills. Around 60% of Lloyds bank customers use online banking some or all of the time, leaving much room for further digital take-up.

Lloyds is not the only bank implementing cost-saving programmes. Between 2008 and 2017, the number of bank branches across Europe decreased by a quarter, from over 237,000 in 2008 to around 183,000 in 2017. In the UK, the total number of bank branches is expected to decrease from 9,298 in January 2017 to 7,456 by the end of 2018. Recent examples covered by the ERM include restructurings at Royal Bank of Scotland, Nordea Bank and Wells Fargo. As the Lloyds example illustrates, this change will overhaul the occupational profile of the banking sector: certain roles are being eliminated, new ones are being created and existing positions are qualitatively transformed. Bank workforces will require retraining to keep pace with the technological revolution.