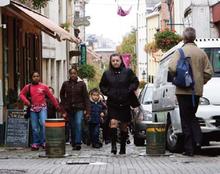 The current refugee and third-country migrant emergency continues to have an impact across the EU and beyond. Europe’s policymakers are seeking to respond in a just and sustainable manner to this humanitarian crisis. Specific Eurofound research may be of real relevance in this context.

Eurofound conducted a study from 2006 to 2010 with a network of over 30 European cities working together to support the social and economic integration of third-country migrants. The European network of cities for local integration policies for migrants (CLIP) encouraged the structured sharing of experiences through the medium of separate city reports and workshops that covered four research modules (see boxed text). The network enabled local authorities to learn from each other and to compose a more effective integration policy. The main recommendations from the project are outlined below.

Note: An overview report is available for each of the above four modules, as well as a résumé incorporating key research findings and good practice guidelines for policymakers at European, national and local levels.