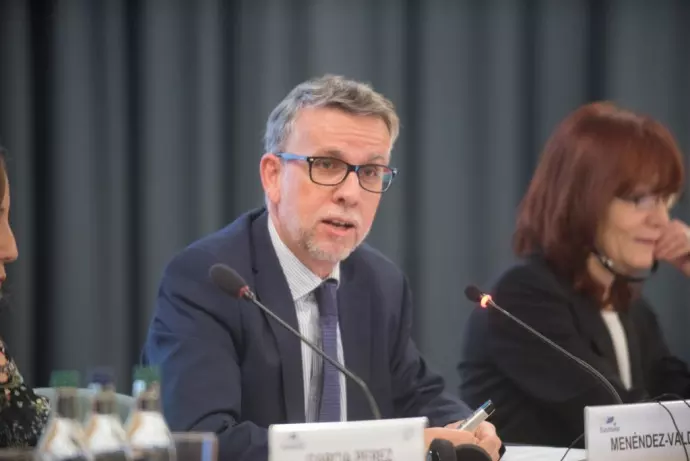 In this blog piece, originally posted on Social Europe, Eurofound Director Juan Menéndez-Valdés looks the complex and multi-faceted story of what it is to live and work in the European Union of today.

Brexit dominates political debate, migrants stream through borders, social protection systems are collapsing, changing forms of work are corroding conditions, unemployment levels remain high and inequalities wreak growing tensions within societies. This is a European Union meltdown, a chaotic cacophony of conflict, divergence and competitive downturn. Or is it really?

Eurofound provides a more sophisticated picture of what it actually is to live and work in Europe today. In its Yearbook 2015: Living and working in Europe, the EU Agency shows a sustained level of employment growth across the EU at about 1% per year, with mid- and low-paid jobs on the rise and more opportunities for male workers, for young workers and those without higher education. Older workers for their part, despite the common perception, were largely shielded from the worst effects of the recession and have been less likely to lose their jobs than their younger counterparts. Nevertheless, the persistent gender employment gap remains, estimated to cost the European economy over €300 billion every year in unpaid taxes, foregone earnings and excess welfare transfers as projected female employment rates remain out of reach.

SMEs continue to provide many of the jobs in the much-lauded ‘jobs-rich growth’, accounting for two-thirds of all EU jobs, with evidence of clear potential for more. At the same time, new forms of employment are springing up across the labour market in response to the evolving needs of employers and workers and a rapidly changing economic context. Examples of job sharing, crowd employment, portfolio work and collaborative employment present both benefits and disadvantages for those concerned. What has become clear, however, is that the success of companies in general is not dependent purely on innovation in products or processes but is best shaped by a people-focused organisation of work.

And notwithstanding some concerns such as an increase in work intensity and challenges in specific occupations – largely in the areas of pay and skills – there has, in fact, been no erosion of working conditions across the board. Rather, there have been some clear improvements in places. For example, there has been a clear reduction in exposure to some workplace risks and fewer workers are working very long hours. Furthermore, rising equality between women and men at work is a good news story, albeit still within a highly segregated labour market and with different experiences across different occupations and different indicators – such as earnings, working-time, job security, among others. (Overall, women still work fewer paid hours than men but consistently work longer when paid and non-paid hours are taken into account.)

Nevertheless, despite progress in many areas, what is clearly emerging is a divided labour force across many Member States: one with full-time permanent contracts with all the accompanying benefits and the other subject to insecure employment contracts, low pay and poor working conditions. Indeed, while the number of temporary employees increased by 25% in the decade up to 2012, today almost two-thirds of these workers are stuck in their situation because they cannot find permanent work. At the same time, a 19% pay gap exists between these two types of worker.

And pay continues to be a source of concern across Europe. Despite positive moves towards greater wage convergence in the years before the crisis, with marked growth particularly in some of the central and eastern European countries, wage inequalities have since begun to take hold again across Member States, with all the accompanying implications for worker mobility. In this context, the Agency has shown that recommendations promoting collective bargaining decentralisation, under the assumption that it will facilitate a more rapid adjustment of wages to productivity, may be misplaced. It is in fact coordination that matters more than the level of decentralisation.

Clearly, this offsets some of the convergence towards an ‘ever closer Union’ which was beginning to bear fruit in improving standards of living, social cohesion and inclusion. This, at a time when the refugee crisis has rocked the values of the European social model to the core and talk of economic migrants and welfare tourism creates an alarming narrative.

Against this background, at least the myth that welfare transfers are at the root of decisions by workers to move countries within the EU has been debunked. Looking at the take-up of benefits in some of the ‘richer’ EU countries by citizens from the central and east European EU10, it is clear that, overall, these citizens take up benefits and use services to a lesser extent than the native population in the host countries. And where they do access unemployment and other work-related benefits more than host country workers, this can largely be attributed to the fact that they are simply in more vulnerable job situations when it comes to any economic downturn. Just another example of how evidence-based information can help to tell the true story.