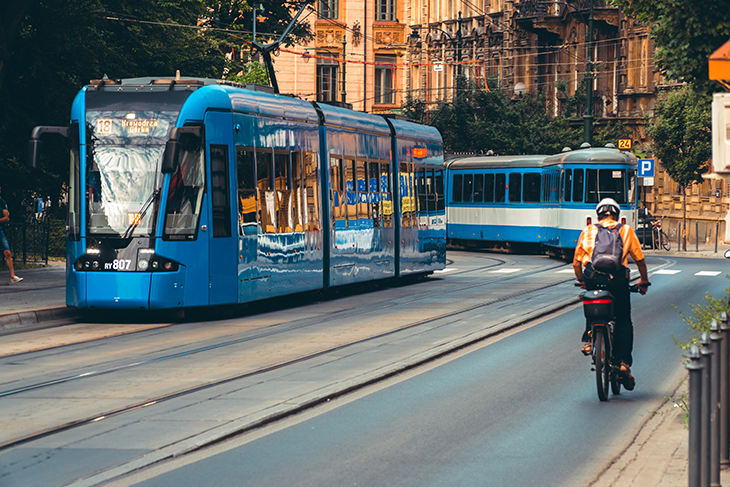 The Russian invasion of Ukraine and the resulting sanctions have caused energy prices to soar. Governments seeking to alleviate the negative impacts of price increases on households have introduced energy subsidies and VAT reductions for electricity, gas and fuel. While such policies may be needed to protect those most in need, subsidising energy use is a short-term solution – it is a temporary, partial compensation that does not always reach those who are hardest hit. Added to this, subsidising fossil fuel energy use conflicts with the EU’s aims to limit carbon emissions and maintains its energy dependency on third countries, such as Russia.

The unaffordability of energy could be addressed in harmony with the EU’s climate policy and its geopolitical interests, however, if governments shifted from energy subsidies to investing in reducing households’ energy needs and dependence on energy from external sources.

The term ‘energy poverty’ comes up often in discussions of the current energy price squeeze, suggesting that access to energy is the key objective. But energy use is not a goal in itself – it is a means to an end, serving to heat homes, power appliances, etc. The aim should therefore be to reduce the amount of energy needed to deliver those same ends.

Households will always need energy, but this need can be reduced or can be met in ways other than by helping them to purchase it. This can be achieved, for example, by governments supporting the insulation of homes and encouraging the use of energy-efficient heating systems and appliances – several smart devices are available to enable households to control their central heating efficiently.

More homes can be equipped with solar panels, for instance, which could reduce people’s utility bills. Roofs are still an underused space for solar panels, and their use for this purpose has greater public acceptance than solar farms marring the landscape.

There are many energy upgrade schemes operating across the EU, offering grants to households to insulate their homes and to install solar panels. However, such schemes often do not reach those who live in poor-quality, energy-inefficient housing – people on low incomes mainly. This group may not be aware of the supports available or may lack the money to make required upfront payments or co-payments. Renters may not qualify if the measures target homeowners. Eurofound’s research has shown that low-income groups often do not avail of support measures that they are eligible for, so proactive approaches are needed, where those most in need are approached and barriers are addressed.[1] In countries where social housing providers play an important role, measures can be implemented through them. In the case of rented accommodation, landlords should get the right incentives to install solar panels and provide efficient heating systems and appliances for their tenants.

Transport is another important area where people are being hit by rising energy prices. It is also one of the main contributors to climate change, representing almost a quarter of Europe's greenhouse gas emissions.[2]

Figure: The transport sector has not seen the same gradual decline in emissions as other sectors In order to tackle this issue, policymakers can focus on two things: reducing people’s need for transport and reducing transport’s energy needs.

For instance, services such as schools, childcare and healthcare could be more accessible to the people they serve. As evident from Eurofound’s research on access to care services, ensuring that people use nearby services is not just a question of their availability, they also need to be of good quality and accessible in other respects (e.g. absence of waiting time) to reduce the incentive to travel in search of better and more accessible options.[3]

Technology can play an important role: teleworking, e-government and e-healthcare all reduce the need to travel. The pandemic situation has demonstrated the massive potential of this.

Cities need to continue promoting cycling and walking by investing in well-connected, future-oriented cycle and pedestrian infrastructure. Such active transport modes are by far the cleanest, healthiest and cheapest to use and, as the vast majority of Europeans live in urban areas, a broad swathe of the population would benefit. Workplaces are often located in urban centres, where rents and house prices have become unaffordable for many, meaning that living close to work is impossible. Connecting suburbs better with infrastructure that facilitates active forms of transport can benefit these workers.

Rural communities should not be overlooked; they need to be better served. While in the short term, it may be necessary to resort to fuel subsidies, smarter solutions can be sought. These could include better access to broadband, which could reduce the need to travel to work. Or, where the cleaner alternatives of cycle highways and public transport are unrealistic, access to electric cars and solar-cell-driven charging could be provided.

Improving resilience for an insecure future

The invasion of Ukraine has once again taught us that the future is insecure – conflict is a new driver of change.[4] One result may be that energy prices remain high or increase even further. In contrast to ad hoc financial support for energy consumption, reducing households’ dependence on external energy sources would improve their resilience in the face of such price increases. Energy subsidies may be cut and VAT may be increased from one moment to the other, by current or future governments. However, most measures to reduce dependence on external energy cannot be easily dismantled: once solar cells have been installed, homes insulated, and cycling or walking infrastructure built, people know they can rely on them for the long run.

The increase in energy prices risks creating a green transition where the poor face the largest challenges. Reducing their needs for energy and, where needs remain, their dependence on fossil-fuel-based energy sources, would serve to ensure a truly Just Transition: to reach climate neutrality by 2050 without leaving anybody behind.

COVID-19 and older people: Impact on their lives, support and care