The case for universal support for European families 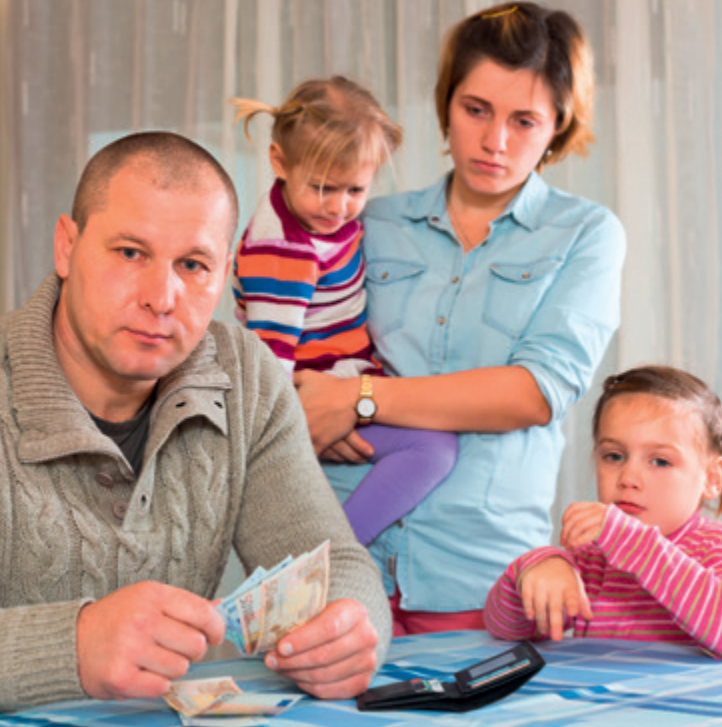 Austerity measures introduced during the crisis have disproportionately concerned cuts in the measures that are most vital for reducing child poverty: cash and tax benefits, a new Eurofound report shows. Furthermore, there has been a move away from universal coverage towards more targeted support. Of course, it makes good sense for governments to target spending on the most deprived families in a period of austerity. But at some point the pendulum can swing the wrong way and families that, under the principle of universality, were eligible for support may lose out, putting more families at risk of poverty than before.

It should be said that the principle of universality prevailed during the crisis as universal cash benefits still represented more than half of the social expenditure on families in the EU, followed by universal benefits in-kind such as childcare services (the figures are for 2011, the latest year for which data was available at the time of writing the report). Means-tested cash benefits and means-tested benefits in-kind represented less than one-quarter of the total social expenditure on families. Although universal support remained the preferred approach over targeted help in most Member States, how countries support families varies strongly.

No surprises here: the three Nordic countries (Sweden, Finland and Denmark) did best. There, support for families was universal and Sweden and Finland offered families a perfect mix of cash and in-kind support (in Denmark the scale tipped in favour of universal in-kind benefits).

Figure 1 below shows the structure of social expenditure on families for these four groups of EU Member States. As can be seen, universal support is the norm in Group 1 countries with a good balance between cash and in-kind benefits. While universal support is also the norm in Group 2 countries, in-kind benefits are far less common and these countries are much more like the two groups with more limiting family policies.

Fig. 1: Structure of social expenditure on families by country groups (2011, %) 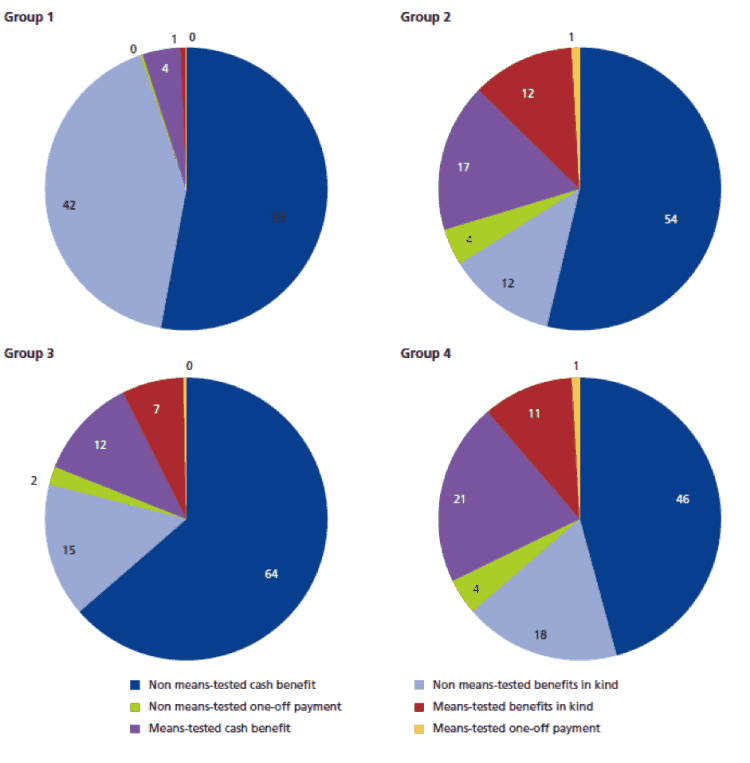 Source: Own calculations based on ESSPROS

These expenditure patterns are to some degree mirrored in the extent to which different types of families report difficulties making ends meet. As figure 2 below shows, on average, the family types in the countries with more ‘enabling’ family policies (Groups 1 and 2) report fewer difficulties than those in the countries with more ‘limiting’ family policies (Groups 3 and 4). 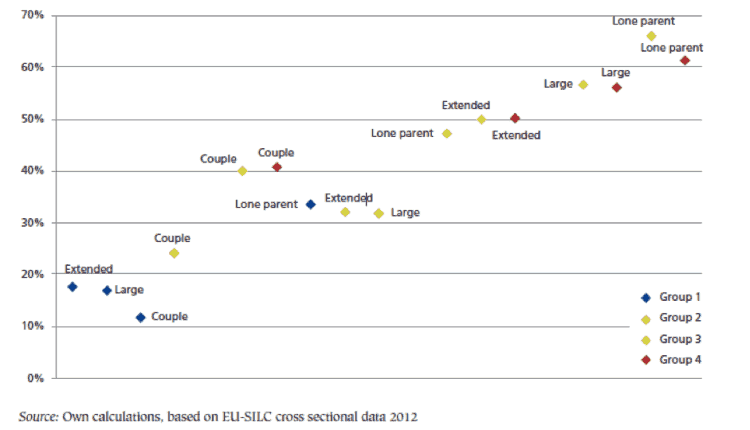 However, analyses from Eurofound’s 2nd and 3rd wave of the European Quality of Life Survey (fielded in 2007 and 2011/2012, providing insight into the economic and social changes occurring in Europe during the crisis) show that the share of lone parent families in Group 1 and Group 2 countries that reported difficulties making ends meet increased significantly (it doubled in Group 1 countries from 22% to 44% and rose from 37% to 50% in Group 2 countries). Although at 63% and 67%, respectively, the situation in Group 3 and Group 4 countries is still worse, the differences between more ‘enabling’ countries and more ‘limiting’ countries in 2012 are far less extreme than they were in 2007.

The case of Finland

What could explain this shift? One explanation lies in the change in policy pathways that is noted in some of the Group 1 countries. What’s happening in Finland provides some insights. After a number of expansionary measures that did not indicate an ‘austerity pathway’, the situation in Finland has recently changed. The low overall poverty rate among Finnish families is in part the outcome of a universal child benefit allowance that has long been viewed by experts and recipients alike as playing an important role in preventing it. The question is whether the low poverty rates in Finland will be maintained now that child benefit has been cut and the new government programme envisages further cutbacks in family policy. Experts expect the reductions to hit family income with higher poverty rates a likely outcome. This is aggravated by the fact that family transfers were not indexed until 2011, so their purchasing power had already declined. Already, there is some evidence in the statistics: the latest available Eurostat figures (2014) reveal a decrease in real gross disposable household income (GHDI).

The case for universal support

At the same time, means-tested social assistance in Finland has gradually been increased since 2011. Research in Finland has found a link between the gradual increase in the amount of social assistance and the economic well-being of families in the lowest income quintile. This link suggests that these increases have been an effective countermeasure to poverty among the lowest income families.

Whilst means-tested support is a good way to help the most vulnerable, the trend among EU Member States to move away from universal support and towards more targeted support needs to be monitored precisely because of what is happening in Finland. The changes there represent a major shift in policy orientation. The Finnish proposal to restrict entitlement to public childcare is further evidence of this shift.

Eurofound’s report also contains good news: during the crisis years the focus on work-life balance has been maintained. The report, which looks at what countries did for European families since 2010 in response to the crisis, highlights that across the EU measures have been introduced to help people better combine work and family life. Several examples of these good practices are identified: e.g. the daycare centre and kindergarten funding scheme set up in Greece to provide affordable childcare service, the expansion of childcare services in Poland and new variants introduced in Austria giving parents more options to take parental leave. Aside from these work-life balance measures, the report identifies a number of other policy measures that appear to work in avoiding poverty or social exclusion for families with dependent children.

More attention must be given to Europe’s working poor